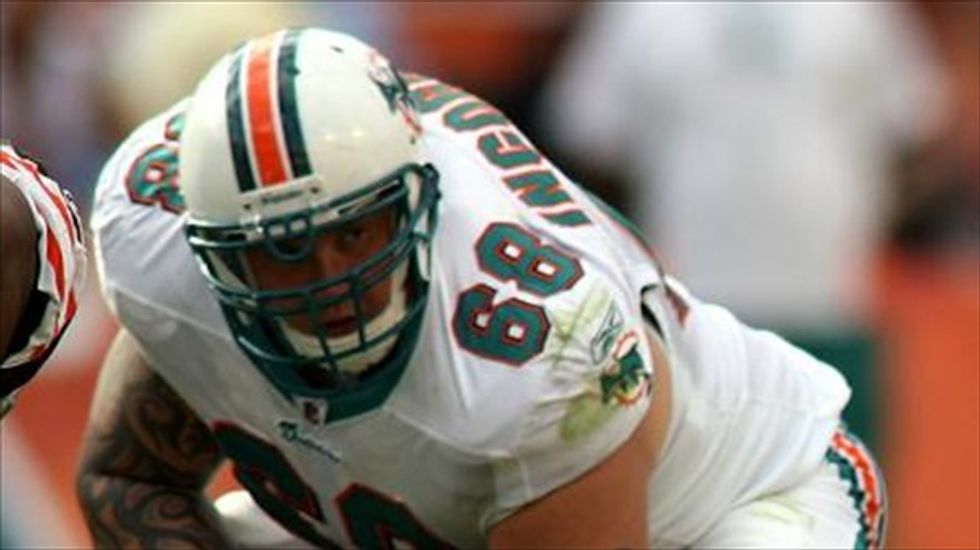 Richie Incognito of the Miami Dolphins is seen at Sun Life Stadium on Dec. 5, 2010 in Miami, Florida [AFP]

Richie Incognito, the former Miami Dolphins blocker who was suspended for alleged bullying of National Football League teammate Jonathan Martin, revived the mess with a Twitter tirade on Wednesday.

An independent NFL probe into workplace conditions at every level of the club is expected to produce findings later this month after the harassment scandal haunted the Dolphins throughout an 8-8 season in which they missed the playoffs.

Martin left the team in late October before a game against Cincinnati and Incognito was suspended by the Dolphins in early November. Neither returned to the team last season but players faced questions about the atmosphere in the locker room.

Threatening voicemails and text messages with racist overtones prompted extra scrutiny of conduct in NFL locker rooms and its potential impact upon players.

Incognito fired up the controversy once more with an open letter to Martin on Twitter.

"Dear Jon Martin..... The truth is going to bury you and your entire 'camp'. You could have told the truth the entire time," Incognito wrote.

"I'm guilty of being a loyal friend and good teammate. I apologize for my poor language and rude remarks. I've never denied it.

"I apologize to all of the women out there that I offended with my text messages to my close personal friend.

"FACT: Jonathan Martin told me he thought about taking his own life in MAY 2013 b/c he wasn't playing well. Told me he felt worthless."

Incognito also tweeted that he and Martin joked about one of the voicemails that became public.