Pat Robertson implores creationist Ken Ham to shut up: 'Let's not make a joke of ourselves' 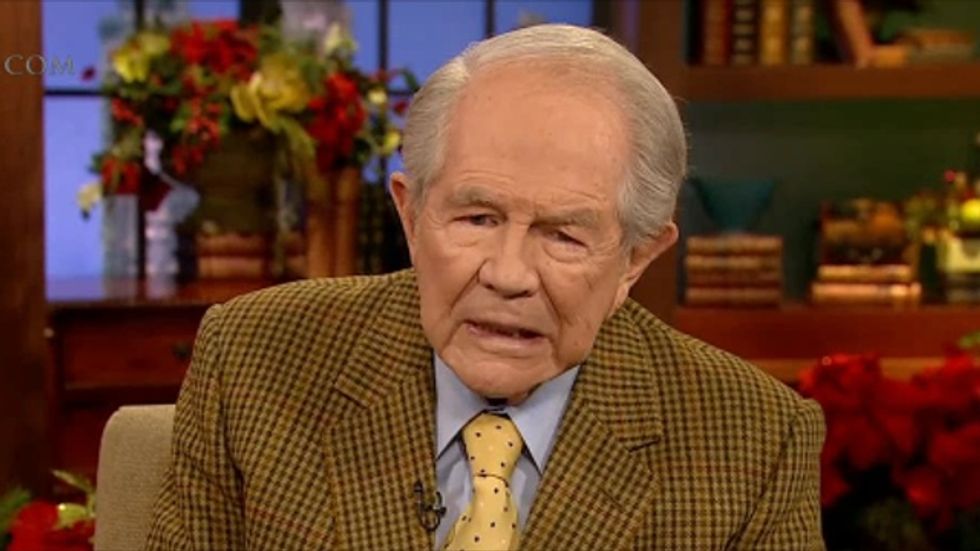 Pat Robertson responded to the recent debate between Young Earth creationist Ken Ham and Bill Nye, a.k.a. "The Science Guy," by reiterating his disagreement with Ham's form of creationism.

"Let's face it," Robertson said, "there was a Bishop [Ussher] who added up the dates listed in Genesis and he came up with the world had been around for 6,000 years."

"There ain’t no way that’s possible," he continued. "To say that it all came about in 6,000 years is just nonsense and I think it’s time we come off of that stuff and say this isn’t possible."

"Let’s be real, let’s not make a joke of ourselves."

"We’ve got to be realistic," he concluded, and admit "that the dating of Bishop Ussher just doesn’t comport with anything that is found in science and you can’t just totally deny the geological formations that are out there."

Last November, Robertson raised the ire of Young Earth Creationists when he made similar statements. The hosts of "Creation Today," Eric Hovind and Paul F. Taylor, attacked Robertson for claiming that dinosaurs could exist, because the world isn't, in fact, only 6,000 years old.

"Pat Robertson is claiming, then, that 6,000 years comes from Ussher’s book and not the Bible," Taylor said. "The point is, where did Ussher get his figure of 6,000 years?”

"Now, then, Pat Robertson,” he continued, “are you claiming the Bible is not [divinely] inspired when the Bible clearly tells us that the world is 6,000 years old?”

Watch Robertson's comments on The 700 Club below.