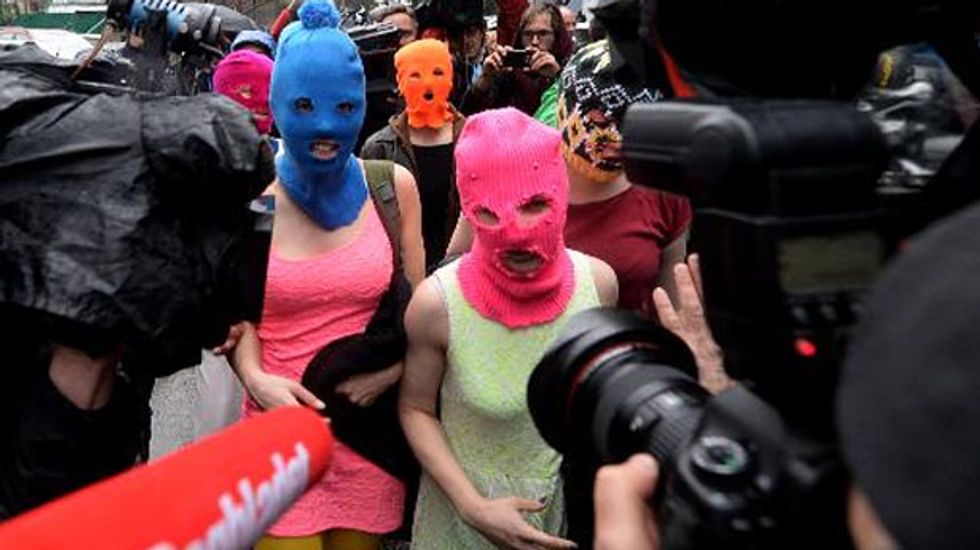 The two best known members of Pussy Riot said they clashed with plain clothes police and Cossacks Wednesday when they tried to stage an action in the centre of Winter Olympics host city Sochi.

The scuffles came a day after members Nadezhda Tolokonnikova and Maria Alyokhina were detained by police in Sochi for several hours on Tuesday in connection with a theft case.

Cossacks, clad in their national clothes, are often seen helping the police with their work in the south of Russia in line with a tradition dating back to Tsarist times.

Tolokonnikova herself wrote on her Twitter feed @tolokno that they had been attempting to stage a new performance entitled "Putin will teach you to love the motherland".

"Pussy Riot were attacked by Cossacks, hit with sticks and sprayed with pepper gas," she said.

Alyokhina posted pictures on her Twitter of her chest showing severe bruising after the clashes.

The women have since gone to Sochi hospitals for medical treatment. The centre of Sochi is some 30 kilometres (18 miles) north of the Olympic venues.

Tolokonnikova and Alyokhina were sent to penal colonies on a two year hooliganism sentence for performing an anti-Putin song in a Moscow cathedral in 2012.

However they were freed early on amnesty in December last year.