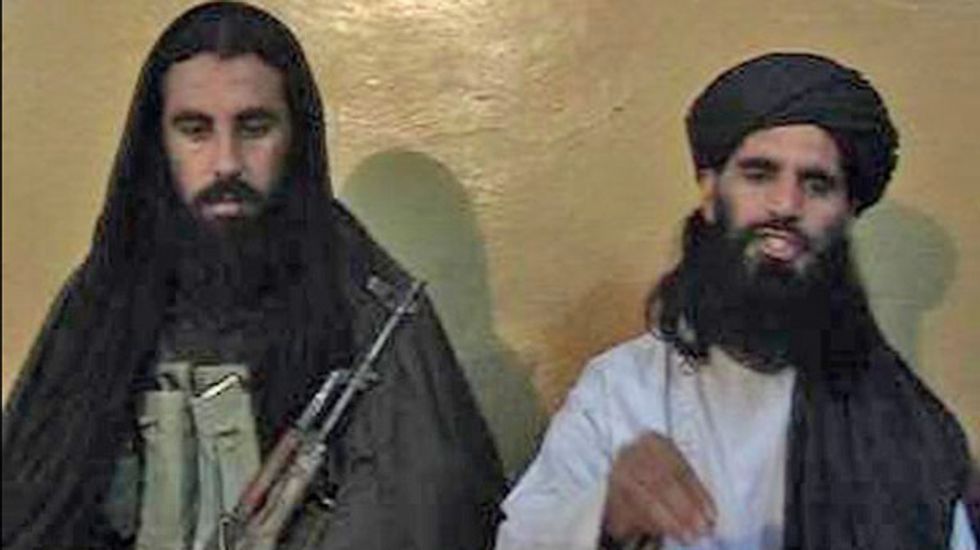 Unknown gunmen on Monday killed a senior commander of the Pakistani Taliban who had a government bounty on his head, officials and family said, in what is seen as a case of internal rivalry.

Asmatullah Shaheen, who was believed to be in his mid-40s and a former interim chief of the militant group, had a 10-million-rupee ($95,000) bounty on his head.

He was ambushed in Dargah Mandi village near Miransha, the main town of the troubled North Waziristan tribal district.

Despite his seniority, Shaheen was also seen as a highly controversial figure within the Pakistani Taliban and observers do not believe his death will have a major impact on the future of stalled peace talks with the government that began earlier this month.

"Unknown attackers opened fire on Asmatullah Shaheen's car. He along with three associates died on the spot," a security official in Miranshah told AFP.

A close relative of Shaheen told AFP that in addition to those killed, two other people travelling in the car were critically wounded.

The attackers fled the scene in a separate vehicle, the security official said.

No group has yet claimed responsibility for the killing, but a local security official blamed a rival militant group.

Shaheen was leader of the Bhittani tribe and also chairman of the Taliban's supreme council for more than two years.

But a militant source close to Shaheen told AFP he was removed from the post in December after developing several differences with some militant commanders.

Shaheen gained notoriety after claiming responsibility for a suicide attack on a Shiite procession in Pakistan's largest Karachi city which killed at least 43 people and wounding more than 100 in December 2009.

He was responsible for storming a paramilitary outpost in the northwestern district of Tank in 2011, killing one troop during the fighting and kidnapping 15. Eleven of the detainees were later executed while the rest escaped.

An intelligence official in Peshawar said Shaheen was also wanted for mastermind other attacks on Pakistan troops that included suicide attacks.

Imtiaz Gul, an security analyst and author of "The Most Dangerous Place ? Pakistan's Lawless Frontier" told AFP that the killing was the result of Shaheen's several enmities.

"Militant groups have fought against each other in past and killing of Asmatullah Shaheen is apparently because of those internal differences".

Earlier this month, Pakistan entered into talks with the Taliban aimed at ending their seven-year insurgency.

But the militant group continued carrying out attacks on a near-daily basis, and the dialogue was suspended last week after the insurgents claimed they had executed 23 kidnapped soldiers in a northwestern tribal region.

Since then the Pakistan Air Force has been carrying out air strikes in the volatile tribal regions which border Afghanistan, killing dozens.

Gul, the analyst, said he was sceptical the process could resume.

"The future of these talks is bleak," he said.