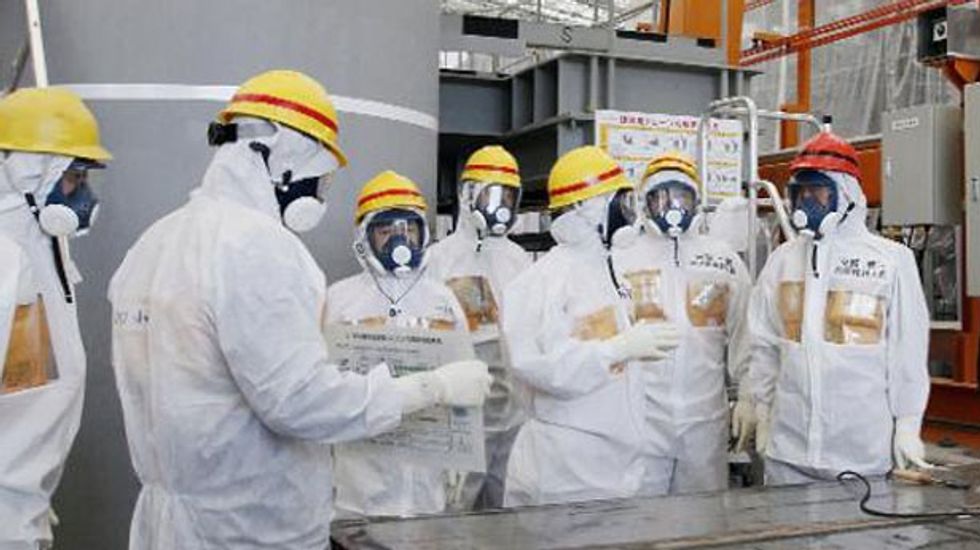 TOKYO (Reuters) - The operator of Japan's wrecked Fukushima nuclear plant knew about record high measurements of a dangerous isotope in groundwater at the plant for five months before telling the country's nuclear watchdog, a regulatory official told Reuters.

Tokyo Electric Power Co (Tepco) said late on Wednesday it detected 5 million becquerels per liter of radioactive strontium-90 in a sample from a groundwater well about 25 meters from the ocean last September. That reading was more than five times the broader all-beta radiation reading taken at the same well two months earlier.

A Tepco spokesman said there was uncertainty about the reliability and accuracy of the September strontium reading, so the utility decided to re-examine the data.

Shinji Kinjo, head of a Nuclear Regulation Authority (NRA) taskforce on contaminated water issues at Fukushima, told Reuters he had not heard about the record high strontium reading until this month. "We did not hear about this figure when they detected it last September," he said. "We have been repeatedly pushing Tepco to release strontium data since November. It should not take them this long to release this information."

Strontium-90, which has a half-life of around 29 years, is estimated to be twice as harmful to the human body as cesium-137, another isotope that was released in large quantities during the meltdowns at the Fukushima Daiichi plant in March 2011. The legal limit for releasing strontium into the ocean is 30 becquerels per liter.

Tepco has been heavily criticized for its inept response to the 2011 disaster at Fukushima, including delays in releasing radiation data. The NRA's chairman said on Wednesday that Tepco still lacks a fundamental understanding of measuring and handling radiation.

"This is not an appropriate way to deal with the desire of the public (for transparency) and in particular, the regulator, which is now very closely regulating issues related to public health, the environment and so on," said Martin Schulz, a senior research fellow at the Fujitsu Research Institute.

Tepco, which was taken over by the government in 2012, came under criticism last year after highly radioactive water leaked from a holding tank at Fukushima.

Abe is scheduled to visit towns around the Fukushima plant later this week.