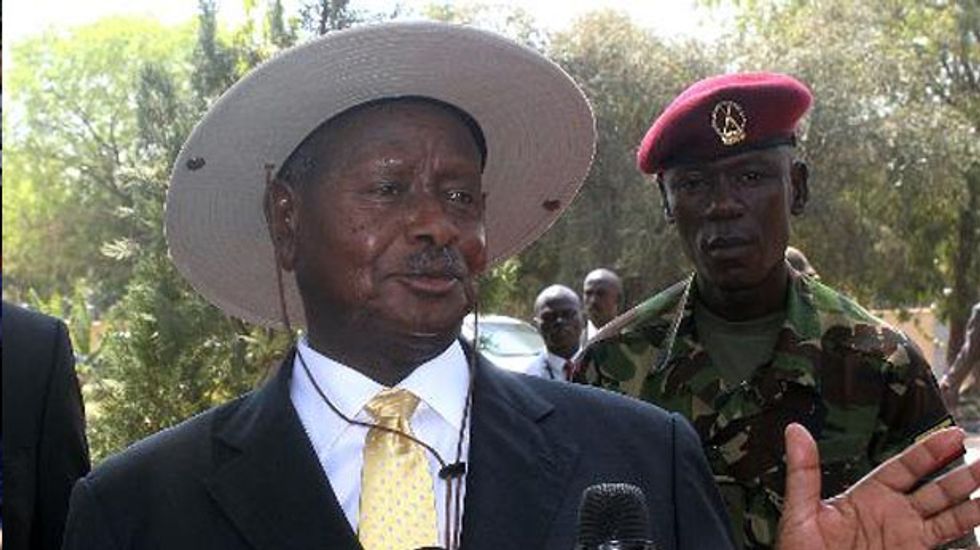 The World Bank stalled a $90 million loan planned to help Uganda strengthen its health care system on Thursday after the country put in place a harsh anti-gay law.

"We have postponed the project for further review to ensure that the development objectives would not be adversely affected by the enactment of this new law," a spokesman for the global poverty lender said.

The World Bank loan had been slated for approval on Thursday.

The move follows action by Norway and Denmark to freeze or change aid programs for Uganda and blunt criticism from the United States and Sweden after President Yoweri Museveni signed off Monday on one of the world's toughest anti-gay laws.

"Homosexuals are actually mercenaries. They are heterosexual people but because of money they say they are homosexuals," Museveni said at the time.

US Secretary of State John Kerry condemned the new law as akin to anti-Semitic legislation in Nazi Germany and apartheid in South Africa.

"The West can keep their 'aid' to Uganda over homos, we shall still develop without it," he said via Twitter.