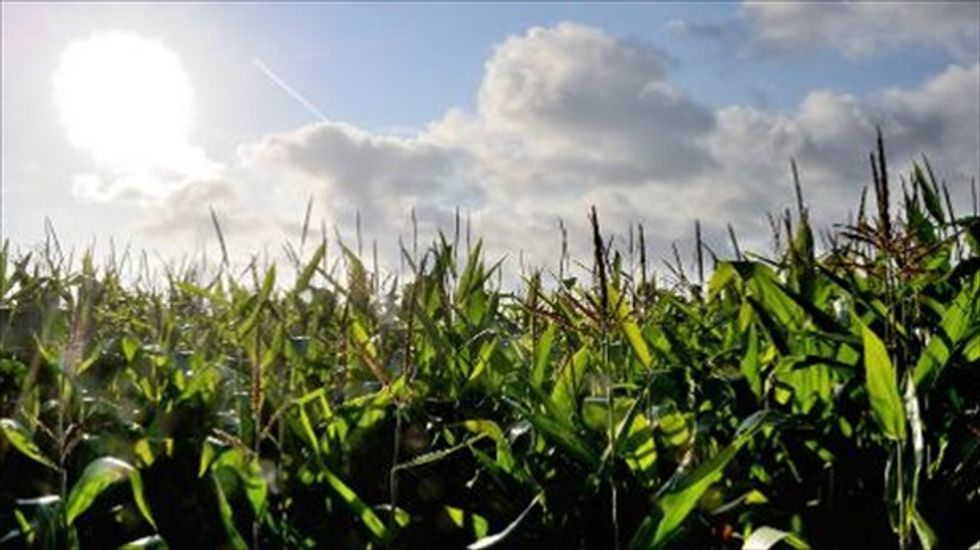 A corn field in Godewaersvelde, northern France is pictured on Aug. 22, 2012 [AFP]

The world food supply has grown increasingly dependent on a shrinking list of crops, such as wheat and maize, in the past 50 years with major consequences for human nutrition and global food security, according to a new study.

The report from the International Centre for Tropical Agriculture (CIAT) in Colombia documents for the first time what experts have long suspected: over the last five decades, human diets around the world have grown more homogeneous and are showing no signs of slowing.

"More people are consuming more calories, protein and fat, and they rely increasingly on a short list of major food crops, like wheat, maize and soybean, along with meat and dairy products, for most of their food," said lead author Colin Khoury, a scientist at CIAT, a member of the CGIAR consortium of research institutes. "These foods are critical for combating world hunger, but relying on a global diet of such limited diversity obligates us to bolster the nutritional quality of the major crops, as consumption of other nutritious grains and vegetables declines."

The study, using data from the Food and Agriculture Organisation, encompassed more than 50 crops consumed in more than 150 countries (accounting for 98% of the world's population) between 1961 and 2009. It found that 50 crops made up the top 90% of calories, protein, fat around the world.

The report, published by Proceedings of the National Academy of Sciences in the US, suggests that a growing reliance on a few food crops may accelerate the worldwide rise in obesity, heart disease and diabetes, which are strongly affected by dietary change. The study's findings on obesity echo a January reportfrom the Overseas Development Institute (ODI), which said, on current trends, the world will see a huge increase in the number of people suffering certain types of cancer, diabetes, strokes and heart attacks, as more people in developing countries switch to diets rich in animal produce, fat, salt and sugar.

The CIAT study confirms that crops now predominant in diets around the world include several that were important 50 years ago - such as wheat, rice, maize and potato. But the emerging "standard global food supply" also consists of energy-dense foods that have become prominent more recently: soybean, sunflower oil and palm oil.

Wheat is a major staple in 97.4% of countries and rice in 90.8%, while soybean has become significant to 74.3% of countries. In contrast, many crops of regional importance - including cereals such as sorghum, millets and rye, and root crops such as sweet potato, cassava and yam - have lost ground.

Many other locally significant grain and vegetable crops - for which globally comparable data are not available - have suffered the same fate.

The loss of biodiversity poses risks, the CIAT study warns. A more homogeneous global food basket makes agriculture more vulnerable to drought, pests and diseases, which will be exacerbated by climate change, says Luigi Guarino, a co-author and senior scientist at the Global Crop Diversity Trust, in Germany.

"As the global population rises and the pressure increases on our global food system, so does our dependence on the global crops and production systems that feed us. The price of failure of any of these crops will become very high."

The report throws up an interesting paradox. As the human diet has become less diverse at the global level over the past 50 years, many countries, particularly in Africa and Asia, have widened their menu of major staple crops, while changing to more globalised diets.

"In east and southeast Asia, several major foods - like wheat and potato - have gained importance alongside longstanding staples, like rice," Khoury notes. "But this expansion of major staple foods has come at the expense of the many diverse minor foods that used to figure importantly in people's diets."

The study attributes changes in global diet to a familiar list of reasons. Rising incomes in developing countries have allowed more consumers to include larger quantities of animal products, oils and sugars in their diets. Moreover, urbanisation has encouraged greater consumption of processed and fast foods. Related developments, including trade liberalisation, improved commodity transport, multinational food industries, and food safety standardisation have further reinforced these trends.

"Countries experiencing rapid dietary change are also quickly seeing rises in the associated diseases of overabundance," says Khoury. "But hopeful trends are also apparent, as in northern Europe, where evidence suggests that consumers are tending to buy more cereals and vegetables and less meat, oil and sugar."

The researchers single out five actions to foster diversity in food production and consumption to improve nutrition and food security:

• actively promote the adoption of a wider range of varieties of the major crops worldwide to reduce the vulnerability of the global food system to climate change, rising food demand, and increased water and land scarcity. This is especially important for certain crops, such as bananas, for which production is dominated by a very few, widely grown commercial varieties

• support the conservation and use of diverse plant genetic resources, including farmers' traditional varieties and wild species related to crops that are critical for broadening the genetic diversity of the major crops

• promote alternative crops that can boost the resilience of farming. Key measures include identifying and conserving nutritious locally grown "neglected and underutilised" crops

• foster public awareness of the need for healthier diets, based on better decisions about what and how much we eat as well as the forms in which we consume food.