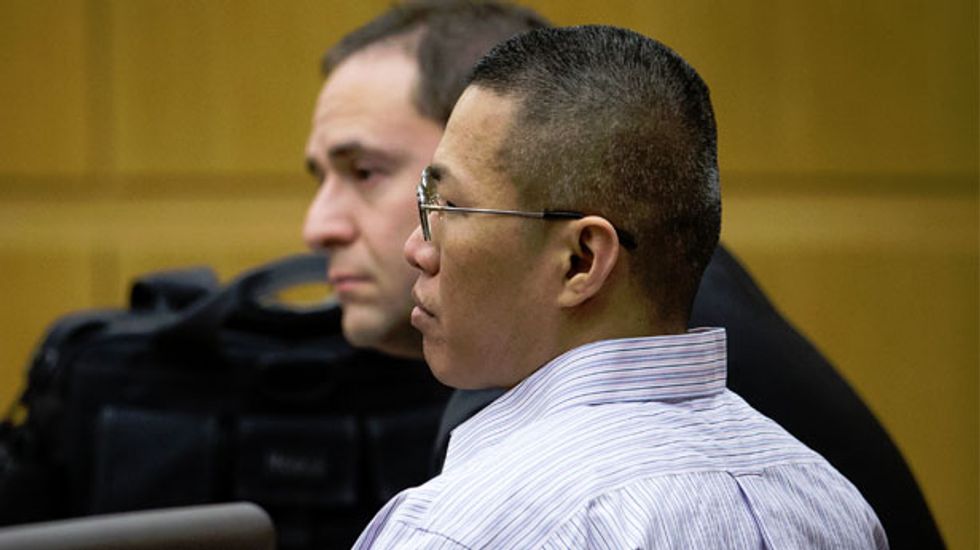 PHOENIX (Reuters) - An Arizona man convicted of execution-style killings of six Buddhist monks and three others at a temple near Phoenix in 1991 is set to be sentenced on Friday.

Johnathan Doody, 39, faces multiple life sentences after being convicted by a jury in January of nine counts each of first-degree murder and armed robbery for a massacre that attracted international attention and that remains to this day the most deadly mass murder in the southwest U.S. state's history.

Doody also was convicted of one count each of burglary and conspiracy by jurors in Maricopa County Superior Court following a month-long trial.

The Thailand-born man will not speak at the morning sentencing hearing before Judge Joseph Kreamer in the superior court, said Maria Schaffer, one of his attorneys. Doody did not testify during his last trial.

Doody is not eligible for the death penalty because he was 17 at the time of the killings at the Wat Promkunaram temple in Waddell, Arizona, prosecutors said.

He was originally convicted in 1994, but a U.S. appeals court threw out the decision in May 2011, saying it was based on a coerced confession, and a retrial was ordered. A second jury deadlocked on his fate in October 2013.

The case cast a harsh spotlight on Arizona, focusing a critical glance at the tactics used to solicit confessions from the accused.

The bodies of six monks, one novice, one nun and a temple boy were discovered on August 10, 1991, in a circle, face down, each slain by a single gunshot to the head. Personal property was taken and their living spaces vandalized.

Four men from Tucson were originally arrested for the crime after an intense interrogation by sheriff's deputies resulted in their confessions. But the charges were dropped when the men later recanted and authorities could not pin the crime on them.

Authorities then focused on Doody and his high school classmate, Alessandro "Alex" Garcia, 16, when a .22-caliber semiautomatic rifle was found during an unrelated search of a friend's vehicle. It was identified as the murder weapon.

Doody was questioned by investigators for 12 hours in October 1991 and admitted to his involvement. Garcia said Doody was the mastermind of the plan to rob the temple, ordered that no witnesses be left, and fired the fatal shots.