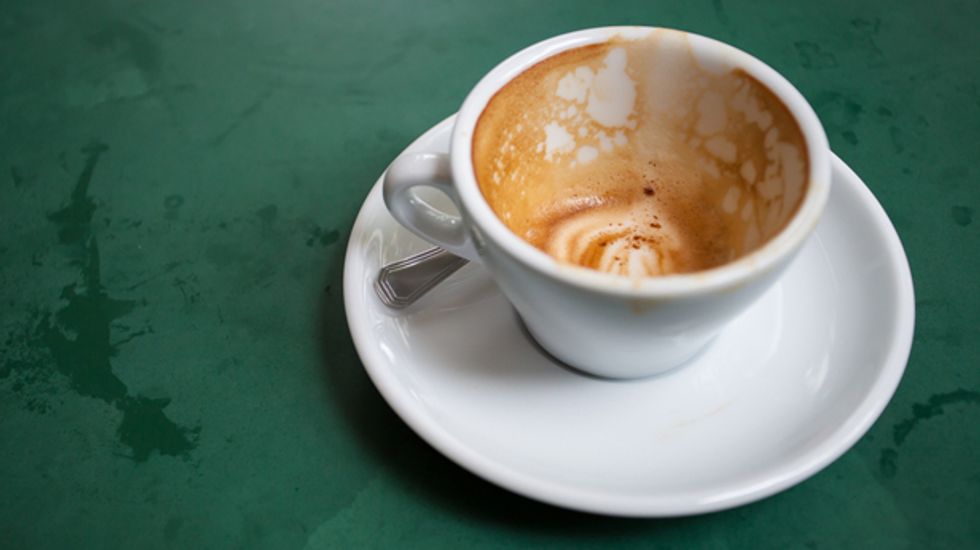 Under the coffee bushes, Rosibel and Benjamín Fijardo are on their knees, scraping carefully through a litter of dead leaves and dried mud. They are scavenging for stray coffee berries, fallen when the harvesters went through the plantation last week. After 20 minutes, Benjamín has a plastic cup half full. The beans look grey and mouldy, but he says they can be dried and sold. He returns to the work: "This is how we will feed our family for the next two months. By pecking like chickens!"

For two million or more coffee workers and small farmers across Central America, the "hungry season" is beginning. It's always a thin time before crops ripen, but with this winter's coffee harvest down 50% or more on normal, for the second year running, hunger, malnutrition and debt are new curses for hundreds of thousands.

Candida Rosa Piñeda, who owns this little plantation in the village of Atuna Uno, says she has not earned enough this year to buy a new pair of shoes. And she needs to replace most of her disease-damaged coffee bushes.

The disease that has brought these calamities to the pretty hills of Jinotega, in Nicaragua's central highlands, is new to most of the farmers I meet. They call it roya, rust. It is ugly. First, parts of the arabica bush's glossy green leaves turn a dirty orange. Then dark dead patches appear and become holes. The infection spreads to the ripening berries, turning them from bright red to a zombie-skin grey.

Trees can be saved, but they need to be carefully pruned and, just as carefully, treated with chemicals. The chemicals can be toxic to humans, and the trees will take years to come back to their normal production. Hemileia vastatrix, the coffee rust fungus, is a known hazard of growing arabica, which is 70% of the world's production and all of a cup of coffee's taste. It has been a curse of coffee planters ever since it appeared in east Africa 150 years ago.

However, the rust cannot survive temperatures below 10C. In this region of Nicaragua it usually occurred only below 1,300 metres. Up in the hills, cold nights and drier weather kept the disease at bay. And so that's where the coffee farms are.

Most of the people I met said they had never seen it until three years ago: some believed it had been deliberately sprayed from the skies by aircraft. Some thought it had spread from the banana trees that shade the coffee plants and provide crucial food for farmers. But most agree that in recent years the weather has become hotter, wetter and less predictable.

Science is in no doubt that the changing climate is behind the rust and other problems affecting coffee production worldwide – and that things are likely to deteriorate.

"In many cases, the area suitable for [coffee] production would decrease considerably with increases of temperature of only 2-2.5C," said a leaked draft of a new report from the Intergovernmental Panel on Climate Change, officially published on Monday. The panel predicts falling coffee production in a range of countries, largely because of warmer weather. In late February, markets scared by drought in Brazil saw futures prices in coffee rise by 70%.

All the coffee-producing countries of Central America have seen drops in production of 30% or more in each of the past two years. Some, such as Guatemala, report rising cases of chronic malnutrition in coffee workers' children. Last week Oxfam cited coffee among other crops in a report that warned climate change was putting back the global fight against hunger "by decades".

Nicaragua's problem is particularly acute. Along with neighbouring Honduras, and Burma, it is already one of the three countries most affected by climate change, according to the 2013 Global Climate Risk Index. Nearly a third of its working population, about 750,000 people, depend on coffee directly or indirectly for a living. Coffee provides 20% of GDP. The Nicaraguan government is deeply worried: it has predicted that, because of falling rainfall and rising temperatures, by 2050 80% of its current coffee growing areas will no longer be usable.

This will mean disaster. The effects of two bad harvests are already severe in a country that, after Haiti, is the poorest in the western hemisphere, with more than three-quarters of its population subsisting on £1.20 a day. Rosibel Fijardo, 30, and Benjamín, 34, the scavengers I met, have much less: to keep the family from starving, their children, aged 10 and five, have to work too.

School in Nicaragua is free, but itinerant farm labourers often have to enlist their children's help in the fields to earn enough money. That is despite the signs on the walls of the big farms we drive past: "No children are employed here."

Rosibel's parents were also landless labourers; she had no schooling at all. If the whole family scavenge all day – in fields where the farmers permit it – they may earn 140 córdobas (£3.20). That will just cover the money they need to buy maize and beans to fill their stomachs. Even so, the children have been crying with hunger. "There's no money for fruit or meat," says Rosibel. "Instead we drink coffee."

Usually in March the family would have cash to spare, after working as cortadores (pickers) during the two-month harvest season. That would tide them through until the pruning and fertilising work starts in May. But this year, like most people they know in Atuna Uno, the Fijardos earned hardly anything because there was so little coffee to pick. Pineda employed no one on her plantations; she did the harvest with her sons. They got five sacks, where normally there would be 60.

"If we don't pick dropped coffee beans, we don't eat, and nor do our children. There are lots of people and just not enough work here," Rosibel says. Benjamín shakes his head in despair: there are not many more farmers who will let them scavenge – "they call it stealing". The couple's next idea, they say, is to see if they can find fish in the lake nearby. "They are free!"

Key to the problems of farmers across the region is the fact that February's global price increase came too late. Before that, the price of coffee had been at historic lows for two years. Last year's poor harvest got the poorest prices per pound, farmer Pantaleón Mungía, 55, said, standing among the skeletal remains of his bushes in the village of Los Robles. "I want to renew my plantation with healthy trees, but I'm in debt. There's no help from the government. Even if I could replace them, it would be three or four years until they were big enough to provide a normal crop."

Oxfam's Máximo Blandón works on poverty in rural Nicaragua: he feels the problem acutely because his family are also small coffee farmers, not far from Los Robles. "Coffee here is not just numbers. It's an art, a profession, a way of life, and without income from the coffee harvest the rural economy collapses. The problem is not just roya – there's also the injustice of the coffee market, which just does not pass down the price of coffee to the people here. Unless it does, they cannot develop the resilience needed to fight the effects of climate change – and there won't be any more coffee in Central America."

Commodities analysts confirm that, in a global market awash with speculators' cash as a result of the quantitative easing policies of governments trying to end the recession, the price of coffee bears little relation to supply. Often it is more dictated by what's happening to the price of wheat or oil than anything in the coffee-growing world.

But that might change. It will be at least three years before any normality returns to countries like Guatemala, Honduras and Nicaragua, where coffee production employs a third or more of the population. Meanwhile, the IPCC has warned that some quite modest global warming predictions "will cause a strong decrease in coffee production in Brazil", the world's largest producer. Even Starbucks has visited the White House to warn that, without a plan to address climate change, the world's coffee supply is under threat.

Last month's spooking of the market was exacerbated by dire predictions about a gaping hole in long-term coffee supply in reports from the International Coffee Organisation and one of the world's leading commodity trading firms. These predicted a huge difference this year between the amount of coffee available and the amount the world wants – as much as 300m kilos. That's two years of British coffee consumption.

Jeremy Torz, co-owner of the British specialist coffee importer Union, has just returned from the roya-hit plantations of Guatemala. He does not believe that there will be a world coffee drought. But the fact that the disease is hitting some of the world's best coffee is significant. "Prices are going to go up and quality down in the commercial coffee world. People need to look for brands that support the producers."

That was pretty much what the cafetaleros of Nicaragua said when I asked them what they wanted from coffee-drinkers in Europe. Coffee picker Myra Carmen Chavarría in Atuna Uno was amazed when I told her that I spent £2 or more every day on a cappuccino. "If you love coffee in your country that much, you need to help us survive to grow it for you!"