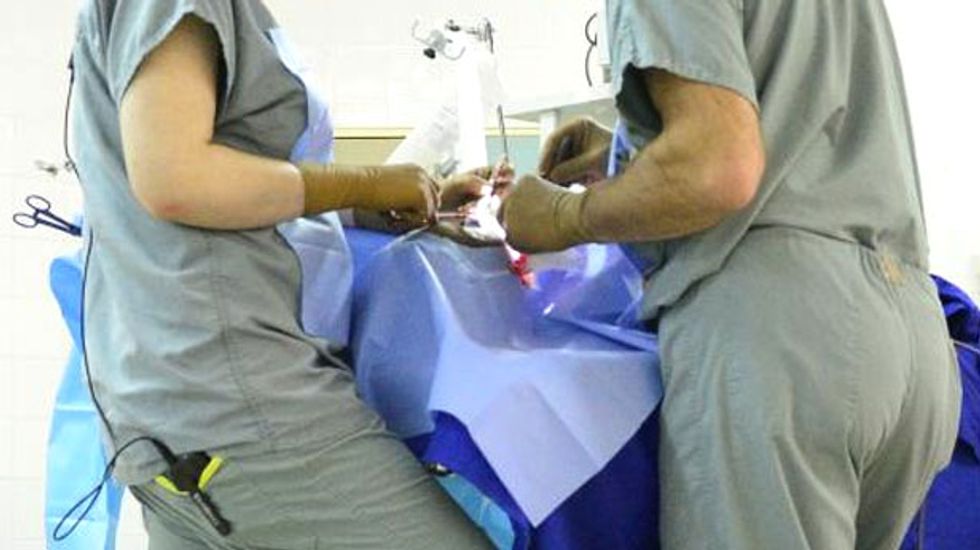 A doctor in Egypt will face trial for performing a female circumcision operation that killed a teenage girl, a judicial official said on Tuesday.

The 14-year-old girl's father who took her to the doctor for the procedure will also face trial, the official said.

Although banned in 2008, female genital mutilation is still rampant in Egypt, especially in rural areas where many believe it is part of their faith.

The doctor in the Nile Delta city of Mansoura performed the dangerous procedure at a private clinic.

The operation involves the removal of the clitoris and sometimes even more extreme mutilation, which proponents argue 'purifies' women from sexual temptation.

The practice has been common among both Muslims and minority Christians, said Nehad Abolkomsan, who heads the Egyptian Centre for Women's Rights.

A survey in 2000 said the procedure had been carried out on 97 percent of the country's married women.

The fight against the practice was dealt a setback by Islamists after president Hosni Mubarak's overthrow in 2011, who argued women's rights laws were vestiges of the dictator's regime, Abolkomsan said.

She said efforts to reach out to rural areas to end the practice had been partially successful, but more government supervision was needed.

"This will continue to need a lot of work and effort by the state to apply the law," she said.

"Most cases don't get to the attention of the prosecutor, unless the girl suffers health consequences."

The practice is also common in other African and Middle Eastern states.

The World Health Organisation estimates that between 100 million and 140 million women have been victims of genital mutilation worldwide.