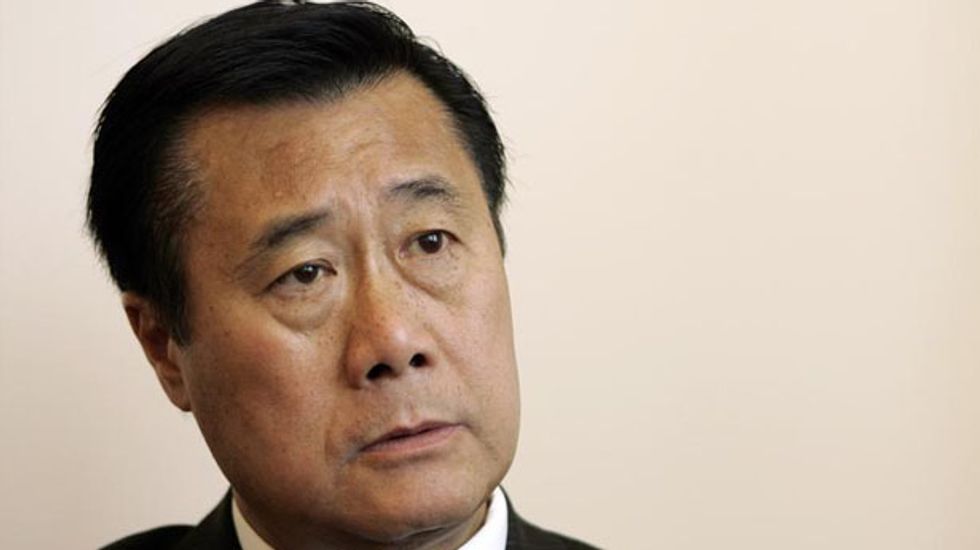 Yee, a San Francisco Democrat who is currently running for secretary of state, was indicted on public corruption charges, ABC7 News in San Francisco reported on Wednesday.

A spokesman for Yee declined to comment. Yee is scheduled to appear in federal court later on Wednesday.

Yee was elected to the California state senate in 2006, representing a district which includes San Francisco and San Mateo County south of the city. He is the first Chinese American elected to the chamber.

Chow was indicted on racketeering charges and eventually sentenced to 24 years in prison in 1995, according to the San Jose Mercury News. He was released early after cooperating with authorities and has said he is no longer involved in criminal activity.

Yee was arrested at home. The FBI executed search warrants in several locations around the state, including Yee's office in Sacramento, where a crush of reporters had gathered after the arrest.

In a statement, senate Republican leader Bob Huff said he was "deeply troubled" by news of Yee's arrest. Californians "have every reason to be concerned about whether the Legislature is more concerned about serving themselves than the people."

Along with Yee, five other candidates are running to replace Secretary of State Debra Bowen. As part of his campaign, Yee touted online voter registration legislation that he authored as a legislator.

Lee emigrated to San Francisco from China at the age of 3. He is a child psychologist who served on the city's Board of Supervisors and as a state assemblyman before becoming a state senator.