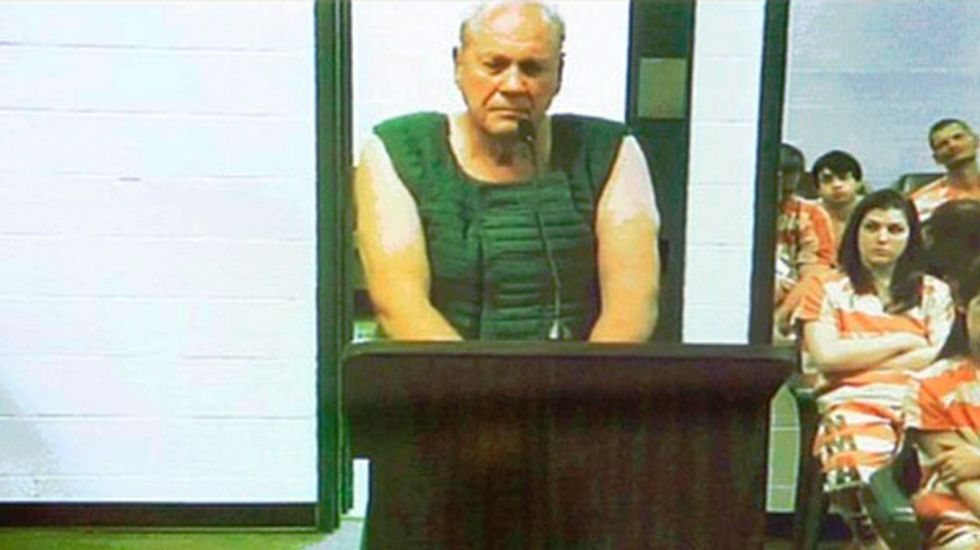 TAMPA, Florida (Reuters) - A retired police captain charged with shooting dead a fellow moviegoer in a dispute over cellphone use in a Florida theater in January messaged his son from his seat minutes before opening fire, court documents show.

The Pasco County sheriff's office has said Curtis Reeves, 71, was watching coming attractions with his wife when they got into an argument with another couple seated directly in front of them at the Tampa-area Grove 16 movie theater.

Chad Oulson was using a cellphone to text-message or make a mobile video call to a daycare center or babysitter looking after his 3-year-old daughter.

Reeves said he brandished and fired his .380-caliber semiautomatic handgun after Oulson stood up and struck him in the face with an unknown object, an arrest affidavit said.

In a twist in a shooting that gained national attention, court documents released this week amid pre-trial proceedings said Reeves sent a text message to his son, Matthew, minutes before the 1:20 p.m. showing.

The younger Reeves, a Tampa police officer, told sheriff's investigators he sent a text message to his father earlier to let him know he would be late in meeting them at the theater.

He said he received a text message back from his father at about 1:04 p.m. that said he and his wife were inside the theater.

The killing, which occurred before the screening of a combat drama about Navy SEALs on an ill-fated mission in Afghanistan, came amid a tense debate on the extent of gun use and ownership restrictions in Florida and the United States, hit by a spate of shootings at schools, movie theaters and other public places.

Reeves, who remains in a Pasco County jail awaiting trial, has been charged with second-degree murder and faces possible life in prison if found guilty.

Although the affidavit quotes Reeves as saying he was "in fear of being attacked" when he fired his gun, witnesses said Oulson had only thrown a bag of popcorn at him.