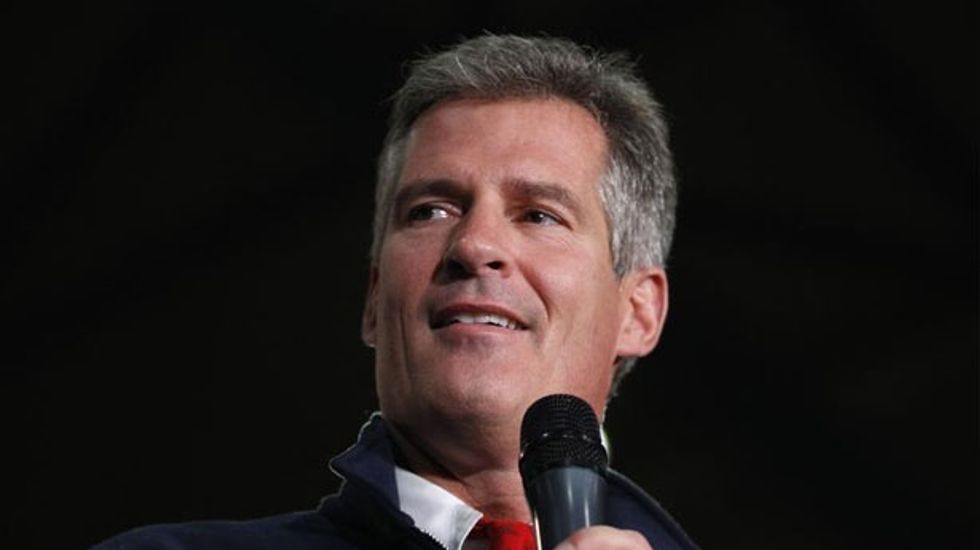 BOSTON (Reuters) - Former Massachusetts U.S. Senator Scott Brown, who has been flirting with running for a New Hampshire Senate seat since moving north last year, will step into the spotlight on Friday when he addresses a conservative group in that New England state.

Brown, a moderate Republican, is enough of a concern for his potential general election rival, first-term Democratic Senator Jeanne Shaheen, that her campaign has been raising his potential candidacy in fund-raising e-mails.

Brown, 54, is due to speak to the Northeast Republican Leadership Conference on Friday afternoon in Nashua, New Hampshire.

While state rules give Brown, now working with a Boston law firm, until June to formally declare his candidacy, he may not want to wait that long if he wants to convince New Hampshire voters he is serious, one analyst said.

"He does all this rope-a-dope, I might be in, I might not be. It does keep his target profile low, but it does raise a question: 'Is this someone who is serious and focused on winning the race?' said Dante Scala, a professor of political science at the University of New Hampshire.

"And if he decides he's in, will the race have his undivided attention? It will take that to beat Jeanne Shaheen, we're not talking about Martha Coakley here."

Brown was a little-known state senator from Wrentham, Massachusetts, when he stunned the state's Democratic establishment in early 2010 by beating state Attorney General Coakley to win an off-cycle U.S. Senate election for the seat made available by the death of liberal icon Edward Kennedy.

Democrat Elizabeth Warren defeated him in his re-election bid in November 2012.

A few months after that defeat, Brown began to mull publicly the idea of running for office in New Hampshire, where he had maintained a second home before moving to the state.

THINKING ABOUT A RUN

Early this month he told Fox News, the conservative cable network where he appears as a commentator, that he was thinking about a run and planned to make a decision "sooner rather than later".

A surge of interest following his move to the state caused Brown to show well in polls against Shaheen early this year. But the incumbent has gained momentum, with a Suffolk University/Boston Herald poll of 800 likely voters released early this month showing 52 percent of voters favoring Shaheen to 39 percent for Brown.

Brown had the leading position among likely primary rivals, with 33 percent of voters supporting him. That is three times as many as support his nearest rival Bob Smith, who is seeking to reclaim a seat he held from 1990 to 2003.

But almost half of voters remained undecided with six months to go until the September primary.

Scala said Brown's name recognition could draw financial support from national Republicans who might see him as a good chance to boost the party's chances of capturing a majority in the U.S. Senate. Democrats hold 53 seats in the chamber to the Republicans' 45, and there are two independent senators.

"A more business-oriented group like the Chamber of Commerce might find Brown a very attractive candidate," Scala said.