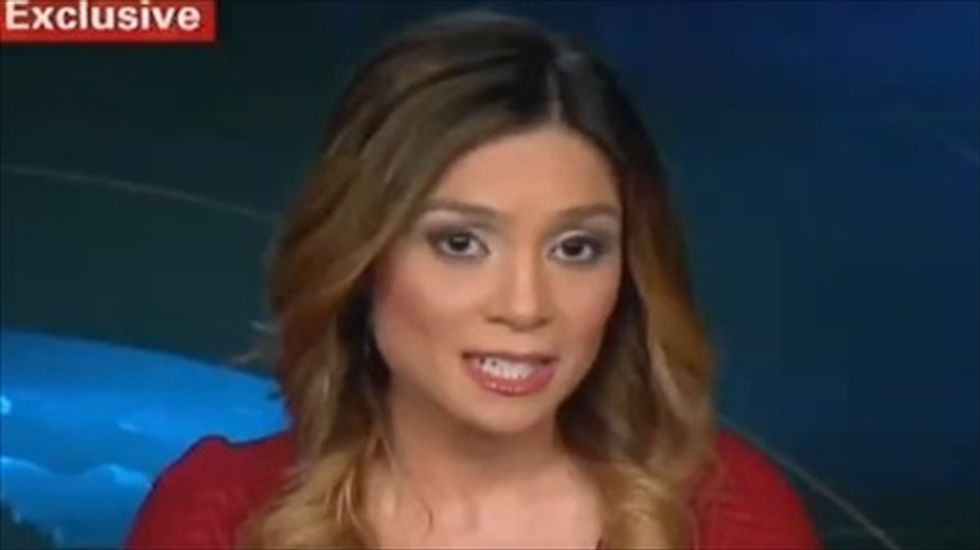 Former RT America anchor and correspondent Liz Wahl doubled down on her criticism of her former employer in an interview with CNN host Anderson Cooper on Wednesday, saying American staffers are pressured by Russian superiors to fit their reporting around the network's agenda.

"What's clear is what's happening under this crisis is, RT is not about the truth," Wahl told Cooper. "It's about promoting a Putinist agenda, and I can tell you first hand, it's also about bashing America."

Wahl held up Cooper's argument that the network has built up its brand around a younger, American identity, but that members of upper management are Russian.

"Middle-management is American, and their role is to make sure we're in line," Wahl said, later adding that they "make sure the narrative is delivered" per the orders of RT America's Russian government backers.

"I asked him, in the wake of escalation by the Russian military [in Crimea], how should the U.S. respond to this," Wahl explained. "That question was cut out of the interview."

However, Wahl never said if or how Paul answered before the question was allegedly cut.

RT released a statement criticizing Wahl's actions Wednesday evening, saying, "When a journalist disagrees with the editorial position of his or her organization, the usual course of action is to address those grievances with the editor, and, if they cannot be resolved, to quit like a professional. But when someone makes a big public show of a personal decision, it is nothing more than a self-promotional stunt." But Wahl rejected the accusation, saying it "couldn't be farther from the truth."

"I actually hesitated to speak on this for awhile for fear of repercussion," she told Cooper. "I don't know how they intend to retaliate against me, or what actions are going to be taken against me."

Watch Cooper's interview with Wahl, as posted online on Wednesday, below.