Kerry tells Putin: You can't invade another country 'on a completely trumped up pretext' 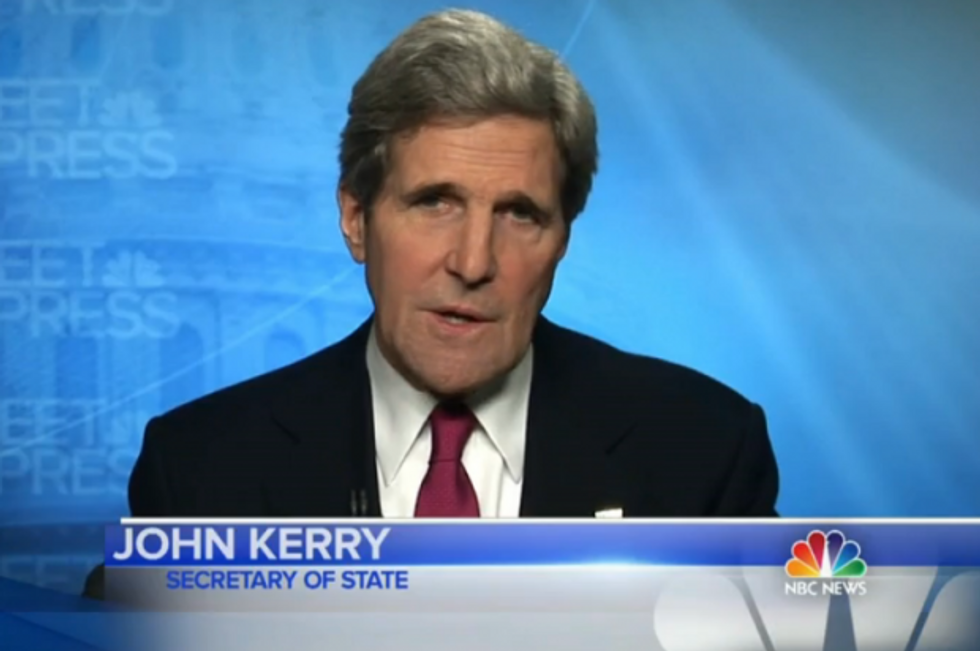 WASHINGTON  -- Note to Kerry: There was a war in Iraq.

Wry observers noted Sunday that Secretary of State John Kerry made some unintentionally ironic comments when he went on the Sunday TV circuit to protest Prime Minister Vladimir Putin's invasion of Ukraine.

Kerry appeared on Face the Nation and Meet the Press to denounce Putin's seizure of the Crimean peninsula, a semi-autonomous region of Ukraine.  The onetime Massachusetts senator warned that billions of dollars in trade and investment were in the lurch, remarks that seemed prescient Monday as  panicked Russian markets fell ten percent.

But it's what Kerry said on the decision by one country to invade a second based on "a completely trumped up context" that raised eyebrows. ”You just don’t in the 21st century behave in 19th century fashion by invading another country on completely trumped up pretext,” he told Meet the Press' David Gregory.

"You just don’t invade another country on phony pretext in order to assert your interests," he added.

"Russia is inviting opprobrium on the international stage," he said.

Kerry voted for President George W. Bush's  U.S. invasion of Iraq in 2002, and went on to defend his vote during his run for president in 2004. Proponents claimed that Iraq possessed weapons of mass destruction, which were never found.

You can watch Kerry's comments below.