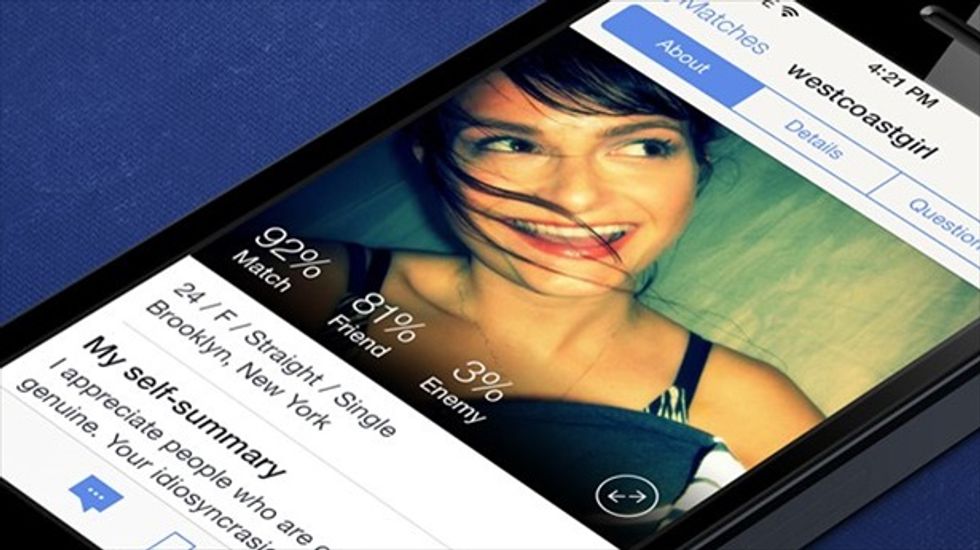 OkCupid visitors who accessed the website through Firefox on Monday were told in a message to use other browsers such as Microsoft Corp's Internet Explorer or Google Inc's Chrome.

"Mozilla's new CEO, Brendan Eich, is an opponent of equal rights for gay couples," the message said. "We would therefore prefer that our users not use Mozilla software to access OkCupid."

"Especially in the kind of modern hero culture, the CEO is equivalent to the company," said Christian Rudder, an OkCupid co-founder. "We have users who are trying to find other people and we wanted to point out that this browser might be in conflict with their own values."

The nonprofit Mozilla Foundation's appointment of Eich as CEO on March 24 has attracted criticism from software developers, including its employees who have publicly called for Eich's resignation on social media.

Eich, the inventor of the programming language Javascript and a Mozilla co-founder, donated $1,000 in 2008 in support of California's Proposition 8, which banned gay marriage in the state until it was struck down by the Supreme Court in June.

Eich has in recent days apologized for the "pain" he caused with his personal political views while vowing to uphold a culture of equality as CEO, including maintaining Mozilla's health benefits for same-sex couples.

"No matter who you are or who you love, everyone deserves the same rights and to be treated equally," a spokesman Mozilla said. "OkCupid never reached out to us to let us know of their intentions, nor to confirm facts."

Three out of six Mozilla board members resigned late last week, which the company said was not related to Eich's views on gay marriage. The board was divided over whether to bring in an outsider to helm Mozilla versus Eich, who had been serving as interim CEO, The Wall Street Journal reported.