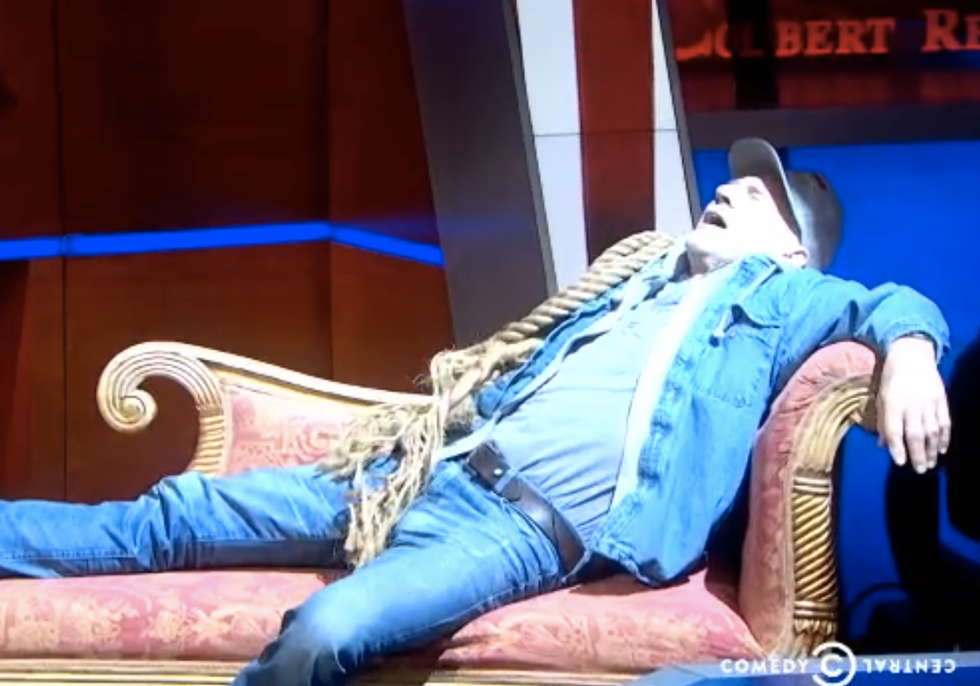 Colbert welcomed "Star Trek: The Next Generation" actor Patrick Stewart, who offered to play a victim of Obamacare if that will help.

"We've all heard about the lives that the Affordable Care Act has ruined," Colbert said.

Rep. Cathy McMorris Rodgers (R-WA) told the story during her response to the State of the Union Address of "Betty" in Spokane, Washington, who allegedly saw her insurance premiums skyrocket because of Obamacare.

Local reporting revealed that Betty had -- for political reasons -- deliberately refused to avail herself of subsidies that were available from the government to pay for her insurance.

Colbert went the extra mile, however, and managed to find one such victim, Louisiana's Chuck DuPrey (Patrick Stewart).

"Well, hello, Stephen!" said Stewart/DuPrey, in what could only be a deliberately terrible Cajun accent.

He assured the host that he was not an actor.

"No, I have never trod the boards, I am an average American Joe who prefers to crack open a domestic beer and watch the NASCAR," he said. He went on to explain that the salt air at his job "on the work-site" has given him a severe case of "fisherman's foot," a condition that is no longer covered under Obamacare.

In the end, the former Royal Shakespeare Company actor sank to a fainting couch as the life ebbed from his exhausted frame, crying with his last breath, "Repeal! And replace!"