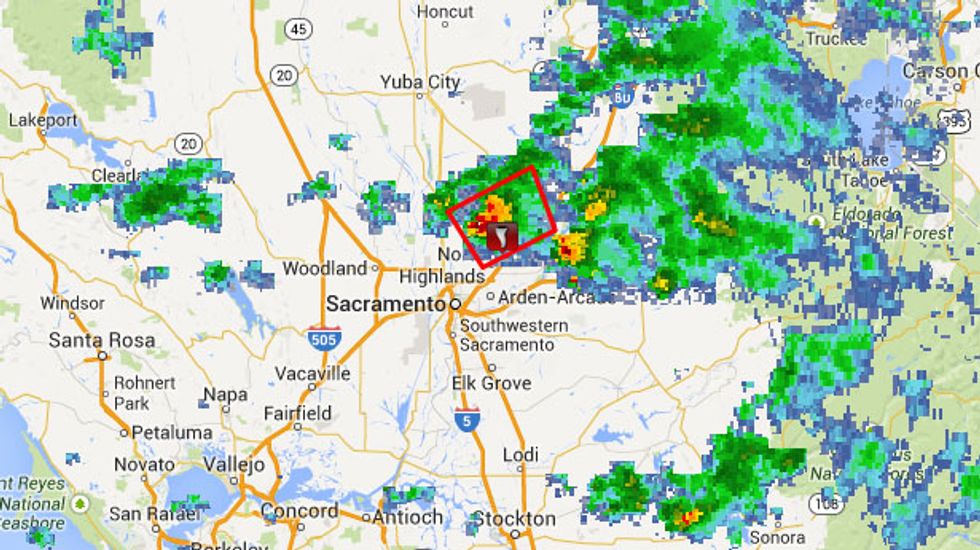 SAN FRANCISCO (Reuters) - A rare tornado has damaged about a dozen homes in Northern California, sending roof tiles and solar panels flying and leaving residents of the city of Roseville in shock over the unusual event, officials said on Thursday.

The twister descended late on Wednesday in a residential area of Roseville, about 18 miles north of the state capital, Sacramento, and ripped through a distance measuring some 100 yards, a Roseville Fire Department spokesman said.

"It kind of touched down pretty quickly and went back up," said the spokesman, Rob Baquera. "Roof tiles went flying off, solar panels ... and a boat was lifted up and moved about six feet from where it was."

Small funnel clouds occur about once a year in the Sacramento-area, but Baquera could not remember the last time a tornado hit Roseville. While no one was injured, residents were shaken up and hunkered down afterward, he said.

"It was definitely a tornado," said National Weather Service forecaster George Cline, adding that on the Enhanced Fujita scale it ranked as an EF0, the smallest measurement category for twisters.

Some 10 to 12 homes were damaged in the tornado's path, but none were destroyed. Debris smashed windows and ripped a large hole in the bedroom wall of one home, causing between $30,000 and $40,000 in damage to the dwelling, Baquera said.