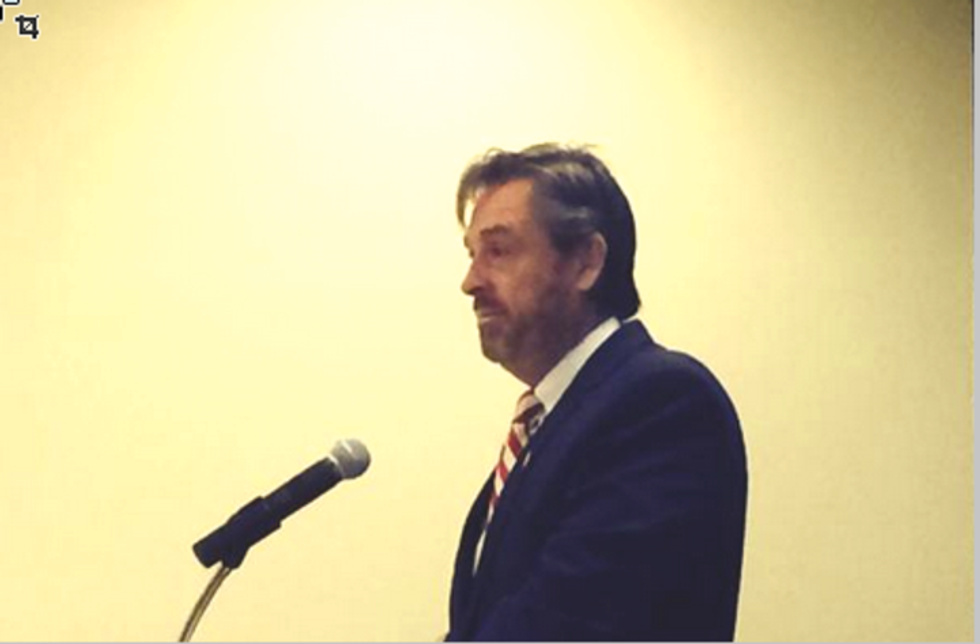 Georgia legislators have approved a pair of monuments for the grounds of the state capitol in Atlanta. According to the Atlanta Journal-Constitution, one statue will honor slain civil rights leader Dr. Martin Luther King Jr. and the other will display the Ten Commandments from the Christian Bible's Old Testament.

State Rep. Greg Morris (R-Vidalia) proposed House Bill 702, which calls for a monument displaying the Ten Commandments and portions of the U.S. Declaration of Independence and the Georgia constitution. The resolution passed the House by a 138-37 vote and now goes to the state Senate.

Morris said that he was inspired to propose the Ten Commandments monument when Gov. Nathan Deal (R) removed a statue of former Georgia senator and segregationist Tom Watson from the front door of the state capitol building. Deal insisted to the Journal-Constitution in 2013 that the statue was only moved as a safety precaution during renovations.

Monuments to the Ten Commandments have roiled controversy in courthouses, city halls and other public spaces across the country. First Amendment supporters cite the separation of church and state, arguing that the monuments constitute the endorsement of a state religion.

Christians are nonplussed by that argument, saying that the United States was founded on Judeo-Christian principles and that the moral code set forth more than 2,600 years ago in the Book of Exodus is the foundation of Western law. However, many Christians, when pressed, are like Rep. Lynn Westmoreland (R-GA), who was unable to name all of the edicts. The commandments are said to have been inscribed upon stone tablets by the hand of God when Moses was atop Mount Sinai.

The monument to Martin Luther King Jr. was proposed by Rep. Calvin Smyre (D-Columbus) and was opposed by only three Republicans, one of whom -- Rep. Tommy Benton (R-Jefferson) -- argued that every other monument on the capitol grounds is to a former Georgia elected official. Dr. King, said Benton, was never elected to office.

Both monuments will be paid for by private funds.