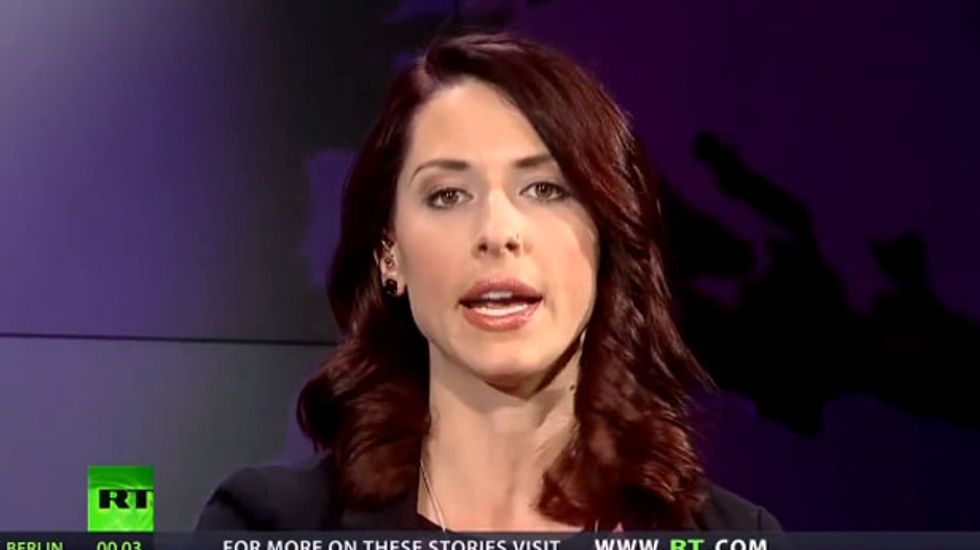 An American anchor on Russian state television on Tuesday delivered an emotional rebuke of Moscow's intervention in Ukraine and of the media's biased news coverage.

Abby Martin, a Washington-based journalist with English-language channel Russia Today (RT), wrapped up her show Tuesday by saying that "what Russia did is wrong" and that military intervention is never the answer.

"I can't say enough how strongly I am against any state intervention in a sovereign nation's affairs," she said at the end of the show called "Breaking the Set" which is posted on the official website.

"What Russia did is wrong," she said, "military intervention is never the answer, and I will not sit here and apologise or defend military aggression."

"Furthermore the coverage I have seen of Ukraine has been truly disappointing from all sides of the media spectrum and rife with disinformation," Martin said before saying goodbye and marching off the set.

RT's coverage of the Ukrainian crisis has followed the Kremlin's line, devoting broadcasts to "hammer-wielding nationalists" in Kiev and calling the soldiers occupying Crimea "self-defence forces" despite wide acknowledgement by the West that they are Russian troops.

Martin's colleagues in Russia were apparently caught off-guard by her comments. One, Darya Pushkova, tweeted that she should do her show "out of what she calls are occupied territories and see for herself."