Syria has relinquished about a third of its chemical weapons 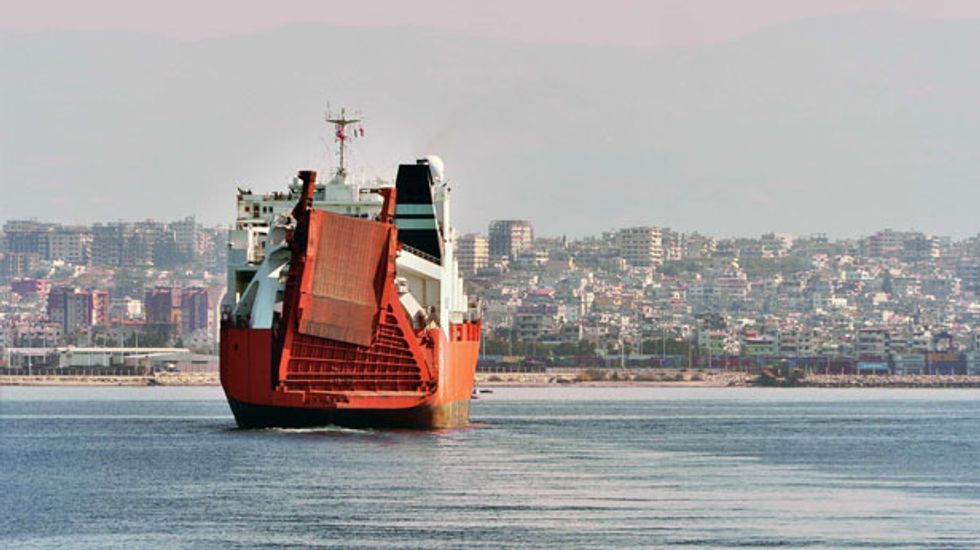 AMSTERDAM (Reuters) - Syria has shipped out about a third of its chemical weapons stockpile, including mustard gas, for destruction abroad, the global chemical arms watchdog said on Tuesday.

The Organisation for the Prohibition of Chemical Weapons in The Hague said Damascus had now handed over six consignments of the toxic agents it declared to the OPCW as part of a Russian-U.S. deal struck last year.

The OPCW said it had confirmed two more shipments headed for the northern Syrian port of Latakia. They are to be transferred to the U.S. ship MV Cape Ray and commercial destruction facilities in the United Kingdom and Germany.

Syria had also submitted a revised plan to remove all chemicals from its territory by the end of April 2014, the OPCW said. That proposal was being negotiated at an executive council meeting at the OPCW that began Tuesday morning.

Damascus missed deadlines in December and February to hand over chemicals, and diplomats are concerned it will also miss a final, politically significant deadline of mid-2014 to completely give up its chemical stockpile.

"Given delays since the lapse of the two target dates for removal, it will be important to maintain this newly created momentum," OPCW chief Ahmet Uzumcu told delegates at Tuesday's meeting.

"The Syrian government has reaffirmed its commitment to implement the removal operations in a timely manner," Uzumcu said, adding that Syria now has all the equipment it needs to give up remaining chemicals, including armor for the protection of shipping containers.

But Western diplomats said the revised timetable was too slow for several Western countries, which say the chemical agents must be shipped out by the end of March if a final June 30 deadline agreed for complete destruction of Syria's chemical weapons program is to be met.

The United States said it needs 90 days to destroy roughly 500 metric tons of the most poisonous substances in the arsenal of Syrian President Bashar al-Assad. Syria declared a total of 1,300 metric tons of chemical weapons to the OPCW, the Nobel Peace prize winning body that is jointly overseeing the destruction process with the United Nations.

"Nearly one third of Syria's chemical weapons material has now been removed or destroyed," Sigrid Kaag, the head of the joint OPCW/U.N. mission told the OPCW. "This is good progress and I expect further acceleration and intensification of effort."