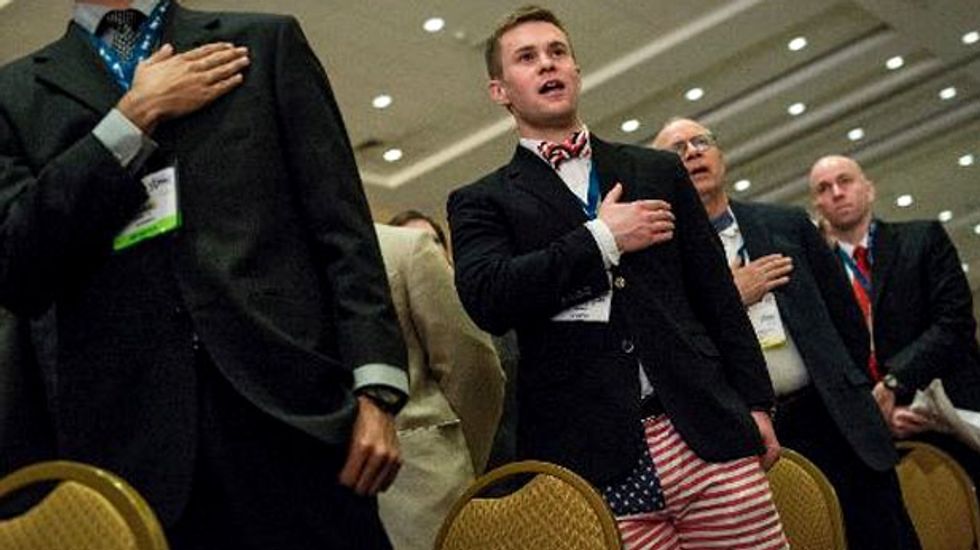 How do you win the White House? US conservatives and Tea Party faithful launched their annual convention Thursday seeking to answer that gnawing question after several setbacks in Washington.

Born of a grass-roots thirst for small government and greater protections of constitutional liberties, the Tea Party movement celebrated its fifth anniversary last month amid deep divisions within the Republican Party in a mid-term election year.

Internal battles have uncomfortably pitted the party's politicians against one another as the far-right seeks to oust establishment Republicans in the Senate and House that the movement deems insufficiently conservative.

But the movement's luminaries pushed a message of youthful can-do idealism before thousands of attendees at the Conservative Political Action Conference near Washington.

"You want to lose elections, stand for nothing," boomed Ted Cruz, a Tea Party rockstar mulling a 2016 presidential bid.

"You win elections by standing on principles, inspiring people that there is a better tomorrow," he told the crowd.

"We did it in 1980 with a grassroots movement that became the Reagan revolution, it's the same thing happening all over again."

The political force that emerged from a Taxed Enough Already movement in 2009 is counting on such a revolution to help it secure more seats in Congress in November in the run-up to the presidential election two years later.

But mainstream Republicans warned that a persistent anti-Washington, anti-Obama sentiment must be replaced with a strategy of presenting better strategies and ideas.

Christie, who is also considering a presidential run, has been wounded by a political scandal in his home state, but appeared to be back in favor among conservatives who gave him a standing ovation.

Christie opposes Obama, too, but he brought his tough-love message to CPAC conservatives: "We've got to start talking about what we're for and not what we're against."

Paul Ryan, the former vice presidential candidate who is seen as a bridgebuilder between conservatives and more establishment Republicans, agreed.

"We're not just opposing a president. We're developing an agenda -? a modern, pro-growth, principled agenda for our party," said the author of a series of austere federal budget plans that would severely slash spending.

"It's messy and noisy and even a little bit uncomfortable. But the center of gravity is shifting."

First, Republicans will need to heal deep party rifts, and a look at who is not attending CPAC illuminates the divide.

But House Speaker John Boehner, attacked by Tea Partiers as a sellout, has not been invited.

Boehner helped end an impasse last year when a conservative effort to force a showdown over federal spending resulted in a crippling 16-day government closure.

He infuriated the Tea Party again in January when he introduced a US debt-ceiling increase with no strings attached.

Other establishment lawmakers are in the Tea Party's sights, too. But a vote Tuesday in Texas, where far-right congressman Steve Stockman lost badly to incumbent Senator John Cornyn in a party primary, laid bare the difficulties of such a strategy.

Still, 72-year-old Hal Doiron of Texas believes the movement is growing, even if it's "quieter and more mature."

But with the Tea Party "actively working against some establishment Republicans, of course that makes them very nervous," he said.