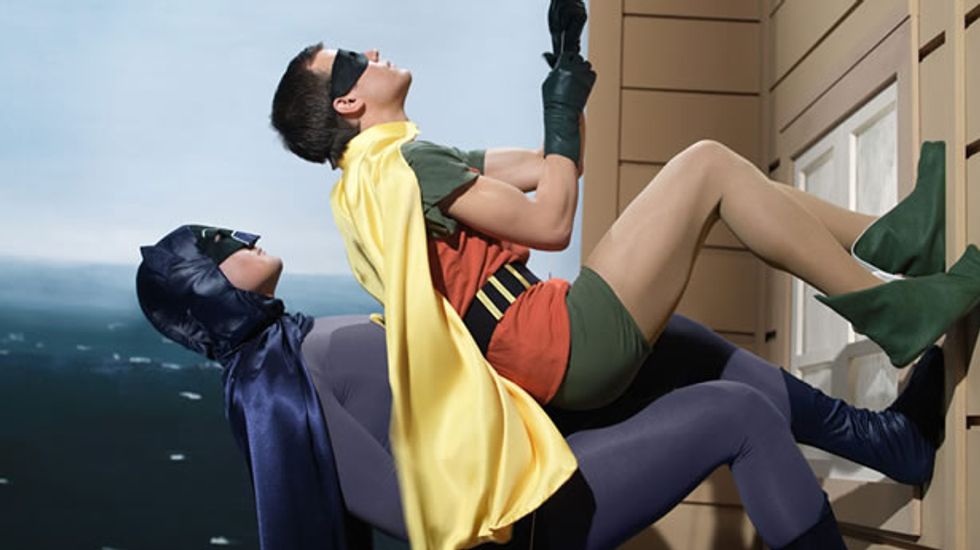 A New Jersey 16-year-old made it through four layers of security and scaled the spire of the 1 World Trade Center (WTC) on Sunday.

Parkour enthusiast Justin Casquejo told police that he received a lift up to the 88th floor of the building on Sunday, despite the fact that he had no identification. He then took the stairs up to the 104th floor, where he found the guard -- who has since been fired -- sound asleep.

He then climbed up to the roof and spent two hours taking photographs of himself dancing around the antennae of the tallest building in the nation. Construction workers only caught him as he tried to depart the building.

"He came here and he ran hog wild," said one WTC worker.

According to court documents, Casquejo told police he "walked around the construction site and figured out how to access the Freedom Tower rooftop."

A source with law enforcement confirmed Casquejo's story to The New York Post, saying that "[h]e’s a skinny kid who got through a skinny hole."

The native of Weehawken, New Jersey told The New York Post that he "would really love to talk to you guys because I have a lot that I want to say about it [but] I was told that I just can’t without permission."