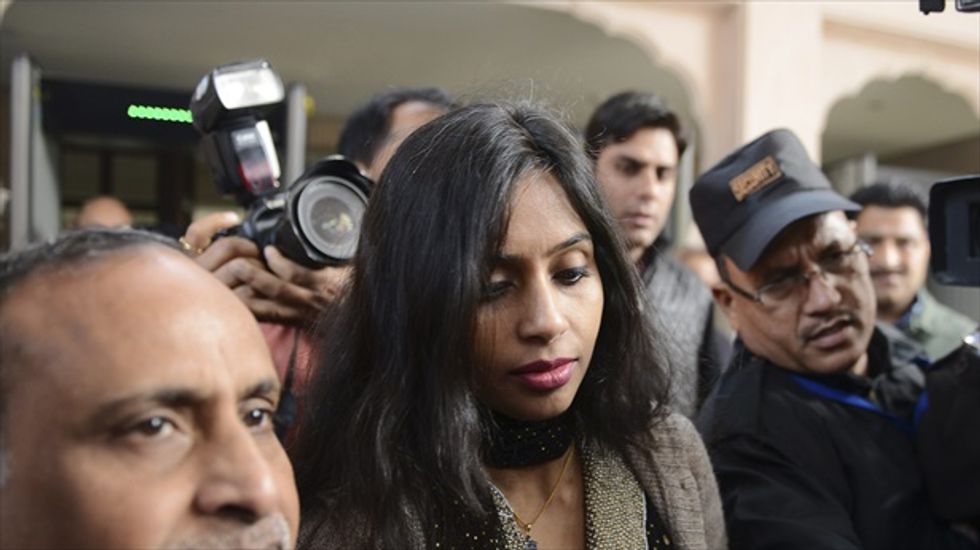 NEW YORK (Reuters) - A grand jury in New York has returned a new indictment against Indian diplomat Devyani Khobragade for visa fraud, two days after a U.S. judge dismissed a similar indictment because she had diplomatic immunity.

The row ended on January 9 after the United States granted her immunity and then essentially had her expelled from the country in a flurry of diplomatic maneuvers, the same day she was indicted for the first time.

Khobragade's lawyer, Daniel Arshack, did not immediately comment on the new indictment, which effectively returns the case to where it was before Wednesday's dismissal.

U.S. District Judge Shira Scheindlin ruled on Wednesday that Khobragade, who was India's deputy consul-general in New York, had diplomatic immunity when she sought on January 9 to dismiss the indictment, and thus could not be prosecuted for alleged underpayment of her nanny.

A spokesman for Preet Bharara, the U.S. Attorney in Manhattan, said at the time that the ruling did not bar prosecutors from seeking a new indictment based on the same charges, now that she has left the country.

In Friday's move, the grand jury indicted Khobragade for visa fraud and making false statements. Prosecutors have accused her of forcing Sangeeta Richard, her housekeeper and nanny, to work 100-hour weeks at a salary of just over $1 an hour, far below the legal minimum U.S. wage of $7.25 an hour.

With Khobragade in India, the new indictment does not appear to have any immediate practical consequences.

A State Department spokeswoman said earlier this week that the agency's position was that Khobragade had full immunity from prosecution only for a single day in January and no longer enjoyed protection from prosecution once she left the country.

The dispute over Khobragade's arrest set off reprisals against U.S. diplomats and the removal of some security barriers near the U.S. embassy in India.

It also led to the postponement of trips by U.S. officials and business executives to India, imperiling U.S. efforts to strengthen ties between the two countries.