U.S. ship heads to Malacca Strait to assist in search for Malaysian airliner 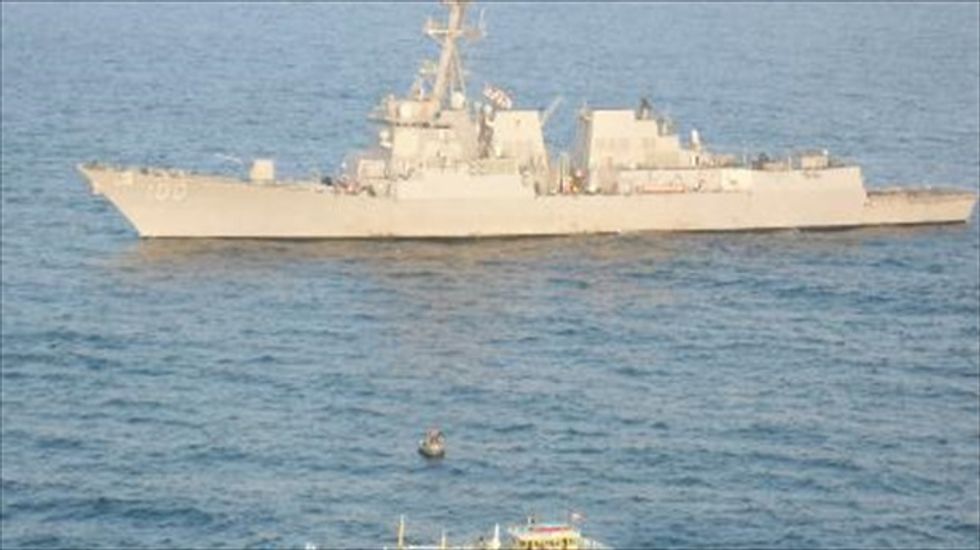 A U.S naval ship is headed from the Gulf of Thailand to the Strait of Malacca as efforts to find a missing Malaysian airliner shift focus, officials said Thursday.

The USS Kidd, a guided missile destroyer, has been taking part in the near week-long hunt for Malaysia Airlines flight 370 along with another American destroyer and a P-3 Orion surveillance aircraft.

"The Kidd is going to the Straits of Malacca and will be searching in the western section of the strait at the request of the Malaysian government," an official told AFP on condition of anonymity.

The international hunt initially focused on the South China Sea east of Malaysia, along the plane's intended route from Kuala Lumpur to Beijing.

But the desperate search has expanded to include waters on both sides of peninsular Malaysia.

The White House confirmed that new information had prompted authorities to examine an area to the west in the Indian Ocean.

"It's my understanding that based on some new information that's not necessarily conclusive, but new information, an additional search area may be opened in the Indian Ocean," spokesman Jay Carney told reporters.

"We are consulting with international partners about the appropriate assets to deploy."

Malaysian officials have said the airliner may have doubled back after taking off from Kuala Lumpur and military radar detected an unidentified object early Saturday north of the strait.

A second American destroyer, the USS Pinckney, remains in the Gulf of Thailand, and it was unclear if it would remain in the international search effort after this week, officials said.

The airliner had 239 people on board and its disappearance remains a mystery, with various leads so far coming to nothing.

U.S. officials said Wednesday that American military spy satellites detected no sign of a mid-air explosion when the plane went missing at 1:30 am Malaysian time.