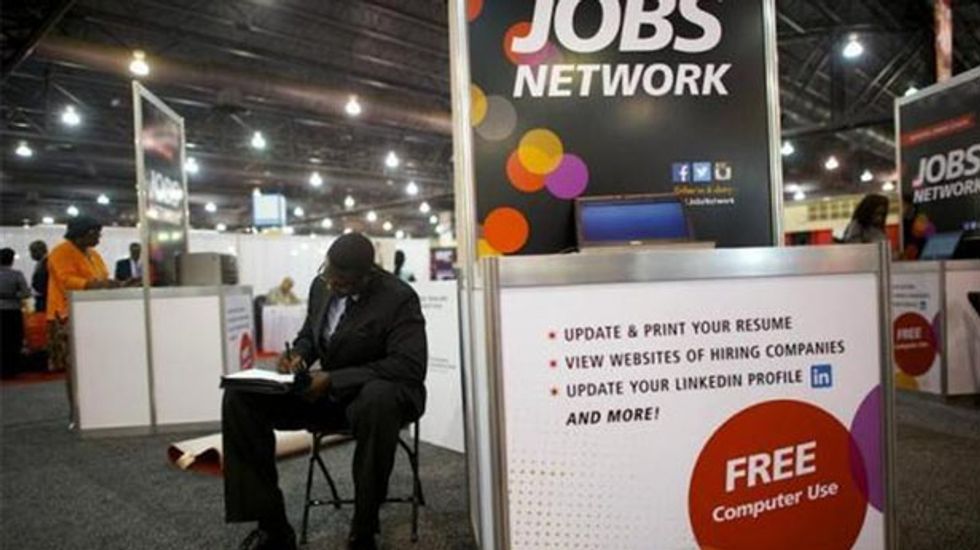 WASHINGTON (Reuters) - The number of Americans filing new claims for unemployment benefits fell more than expected and hit a three-month low last week, a sign of strength in a labor market that has been hobbled by severe weather.

Initial claims for state unemployment benefits dropped 26,000 to a seasonally adjusted 323,000, the Labor Department said on Thursday. That was the lowest level since the end of November and the drop more than unwound the prior week's rise.

Claims for the week ended February 22 were revised to show 1,000 more applications received than previously reported.

Economists polled by Reuters had forecast first-time applications for jobless benefits falling to 338,000 in the week ended March 1.

The four-week moving average for new claims, considered a better measure of underlying labor market conditions as it irons out week-to-week volatility, slipped 2,000 to 336,500.

A Labor Department analyst said no states were estimated and there were no special factors affecting the state level data.

The claims data has no bearing on Friday's employment report for February as it falls outside the reference period for the survey. While unseasonably cold weather has dampened hiring in recent months, the drop in new filings for jobless benefits suggests labor market fundamentals remain strong.

Nonfarm payrolls are forecast to have increased by 150,000 jobs in February, according to a Reuters survey of economists, up from the weather-depressed gains of 113,000 in January and 75,000 in December.

The claims report showed the number of people still receiving benefits after an initial week of aid fell 8,000 to 2.91 million in the week ended February 22. That was the lowest level since December.

The so-called continuing claims have been stuck at higher levels in recent weeks, with economists saying the cold weather was preventing some recipients from going out to search for work and causing companies to delay hiring.