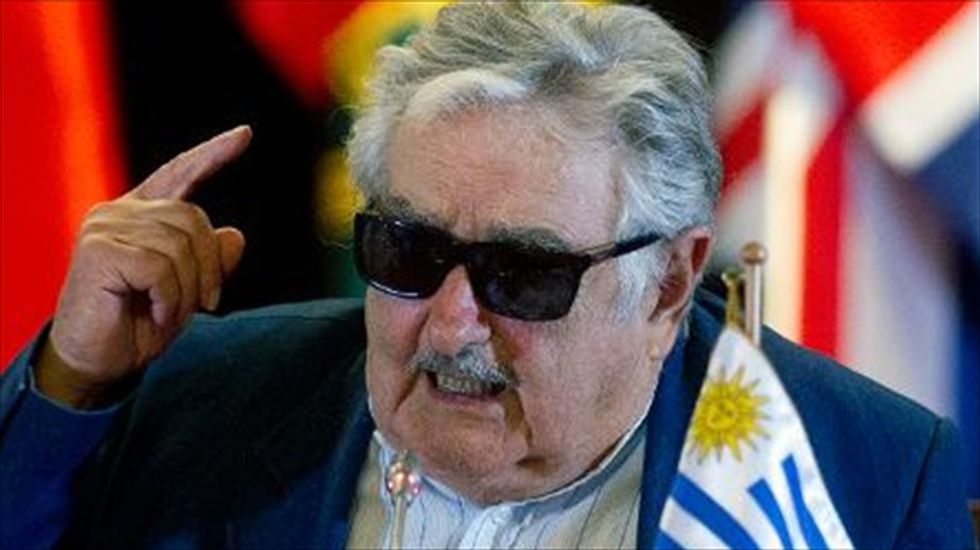 Mujica, speaking to a local newspaper during a visit to Chile, said the process was complex because it was regulated by the market.

"We try to use what we have," Mujica told La Tercera daily, referring to land where the marijuana would be grown.

"It will be grown in one place, probably in an armed forces' facility. There will probably be private producers, but under certain conditions."

Predicting that sales would begin in December or January, Mujica said the marijuana would be cloned to reproduce the same genetic code, which would give the plants a clear identifier for tracking.

"We do not want to be producers for export or complicate the lives of our neighbors," said Mujica, a doctor by training.

"Regulation does not mean 'viva la pepa' (let the good times roll). No, no, no."

In December, his South American country became the first country in the world to regulate the market of sales of cannabis and its derivatives in an plan considered a bold experiment by authorities frustrated with losing resources to fighting drug trafficking.

The law authorizes the production, distribution and sale of cannabis, allows individuals aged 18 and older to grow their own on a small scale, and creates consumer clubs -- all under state supervision and control.

Legalization of marijuana in the small country of just 3.2 million inhabitants has also drawn the interest of pharmaceutical companies around the world, who want to buy the drug for medical uses.

Prior to legal sales, the law regulating them is scheduled to come into practice by April, defining how planting licenses will be granted and what varieties will be grown.