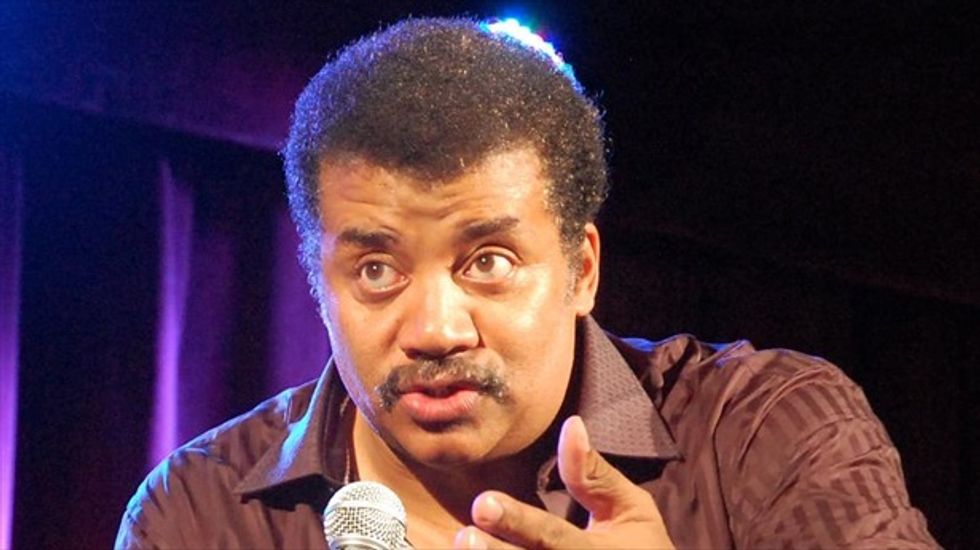 Astrophysicist Neil deGrasse Tyson is scheduled to participate in a live online Q&A discussion Tuesday night at 9 p.m. EST and screening of the premiere for the new version of the science exploration show Cosmos.

Wired reported on Tuesday that the discussion will also feature executive producers Brannon Braga, Mitchell Cannold, Jason Clark, Ann Druyan -- who will also serve as a writer and director -- and Seth McFarlane.

Watch the discussion, as streamed on Livestream, below.