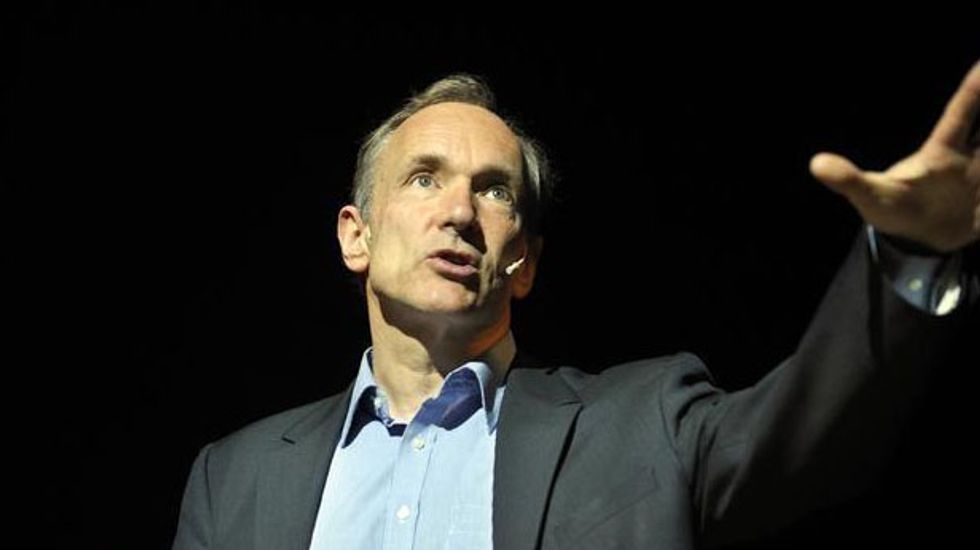 LONDON (Reuters) - The inventor of the world wide web, Tim Berners-Lee, called on Wednesday for bill of rights to protect freedom of speech on the Internet and users' rights after leaks about government surveillance of online activity.

Exactly 25 years since the London-born computer scientist invented the web, Berners-Lee said there was a need for a charter like England's historic Magna Carta to help guarantee fundamental principles online.

Accusations that NSA was mining personal data of users of Google, Facebook, Skype and other U.S. companies prompted President Barack Obama to announce reforms in January to scale back the NSA programme and ban eavesdropping on the leaders of close friends and allies of the United States.

Berners-Lee said it was time for a communal decision as he warned that growing surveillance and censorship, in countries such as China, threatened the future of democracy.

"Or are we going to set up something like a Magna Carta for the world wide web and say, actually, now it's so important, so much part of our lives, that it becomes on a level with human rights?" he said, referring to the 1215 English charter.

While acknowledging the state needed the power to tackle criminals using the Internet, he has called for greater oversight over spy agencies such Britain's GCHQ and the NSA, and over any organizations collecting data on private individuals.

He has previously spoken in support of Snowden, saying his actions were "in the public interest".

Berners-Lee and the World Wide Web Consortium, a global community with a mission to lead the web to its full potential, have launched a year of action for a campaign called the Web We Want, urging people to push for an Internet "bill of rights" for every country.

"Our rights are being infringed more and more on every side, and the danger is that we get used to it. So I want to use the 25th anniversary for us all to do that, to take the web back into our own hands and define the web we want for the next 25 years," he told the Guardian newspaper.