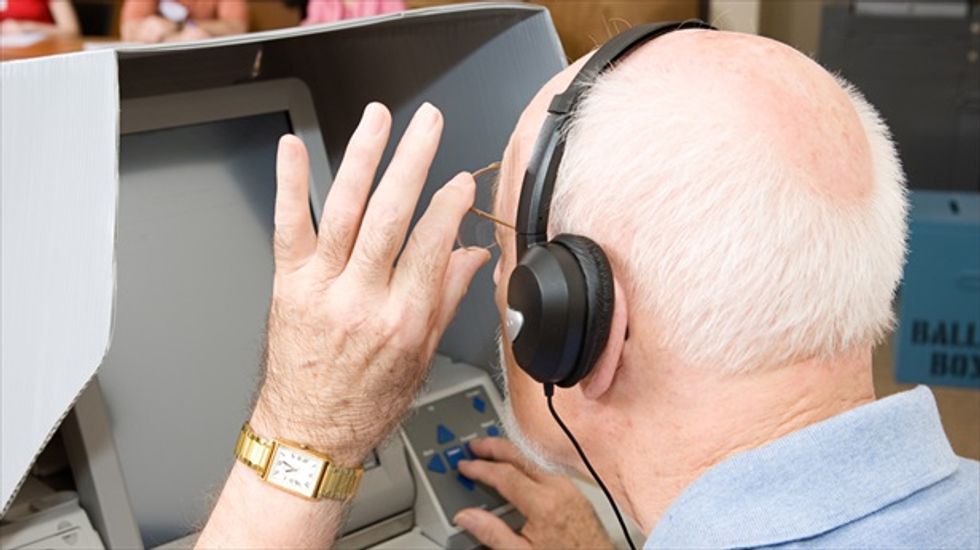 MILWAUKEE (Reuters) - Wisconsin's Senate on Wednesday approved a bill setting limits on the time for submitting an absentee ballot before Election Day, a measure supporters have said would level the playing field for municipalities and opponents say would disenfranchise voters.

The Republican-led Senate voted 17-16 along party lines to advance the bill to the Republican-controlled Assembly. The legislation must be approved by state representatives and signed by Republican Governor Scott Walker to become law.

It was not clear when the Assembly would take up the measure.

Voter rights have become a political and racial flashpoint across the United States. Democrats generally oppose measures that restrict voting, saying they disenfranchise minorities and young people such as college students. Many Republicans back them, saying they are needed to combat voter fraud.

In Wisconsin, absentee voters can mail in their ballots or hand them in before Election Day, when they will be counted.

The bill effectively bans handing in ballots on weekends. It requires that such absentee voting take place on weekdays from 8 a.m. to 7 p.m. and imposes a maximum 45 hours a week for a municipality to accept those ballots.

Eight percent of Wisconsin voters cast early ballots in 2012 and 21 percent did so in 2008, both presidential election years, according to the United States Elections Project at George Mason University in Virginia.

Republican state Senator Glenn Grothman, the bill's sponsor, said larger municipalities such as Milwaukee have the money to keep polls open longer, giving voters in those communities more of a chance to vote.

"It's a matter of uniformity. I don't know what all the hoopla is over," he said on Tuesday.

"The decision by Republicans to limit voter rights is an insult to working families and seniors and an infringement on our freedom to vote," she said in a statement.

The Wisconsin bill comes as the state's supreme court and a federal judge consider legal challenges to a 2011 law requiring voters to present photo identification such as a driver's license to vote in federal, state and local elections.

The voter ID law was not in effect during the November 2012 general election or a special election in June 2012 in which Governor Walker survived an attempt to recall him from office.

Walker said Tuesday he would call a special legislative session if the courts strike down the law, local media said.