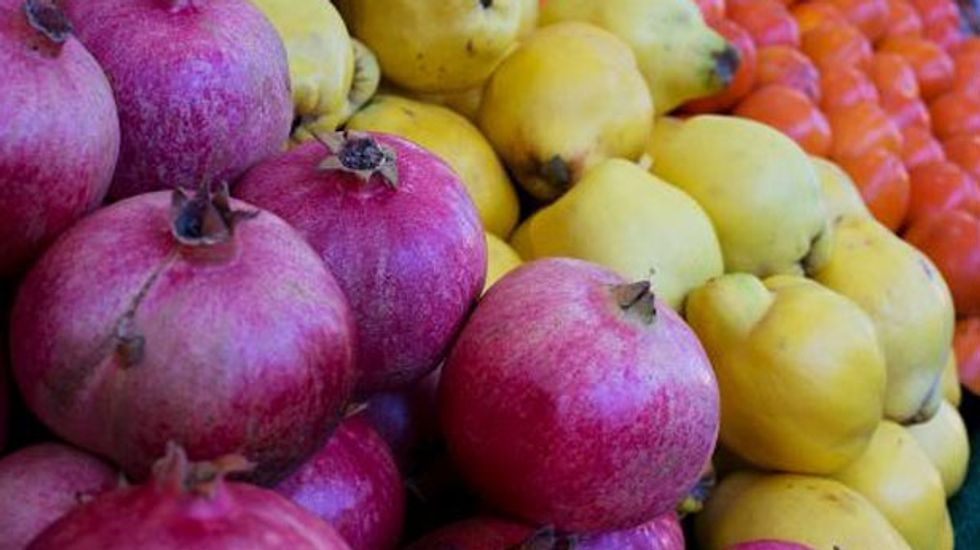 Young women who eat a diet rich in fruits and vegetables show significantly lower rates of hardening in the arteries 20 years later, said US research out Friday.

However, men did not appear to benefit the way women did, raising questions about why a heart healthy diet may benefit one sex over the other, according to the study presented at the American College of Cardiology conference.

The research was based on 2,508 participants in the government-sponsored Coronary Artery Risk Development in Young Adults (CARDIA) study, which began in the 1980s with the aim of tracking heart health among 18-30 year olds over time.

Women who reported eating eight to nine servings a day of fruits and vegetables in their 20s were 40 percent less likely to have calcified plaque in their arteries in their 40s, compared with those who ate the just three to four servings a day.

The association remained even after researchers accounted for other lifestyle behaviors that could impact cardiovascular health.

"These findings confirm the concept that plaque development is a lifelong process, and that process can be slowed down with a healthy diet at a young age," said lead author Michael Miedema, a cardiologist at the Minneapolis Heart Institute.

"This is often when dietary habits are established, so there is value in knowing how the choices we make in early life have lifelong benefits."

Researchers are not sure why the same benefits were not apparent in men, and said one possibility is that not enough men were included in the study to provide a clear picture.

Sixty-three percent of the people in the study were female and 37 percent were male.

"Several other studies have also suggested that a diet high in fruits and vegetables is less protective in men, but we do not have a good biological reason for this lack of association," Miedema said.