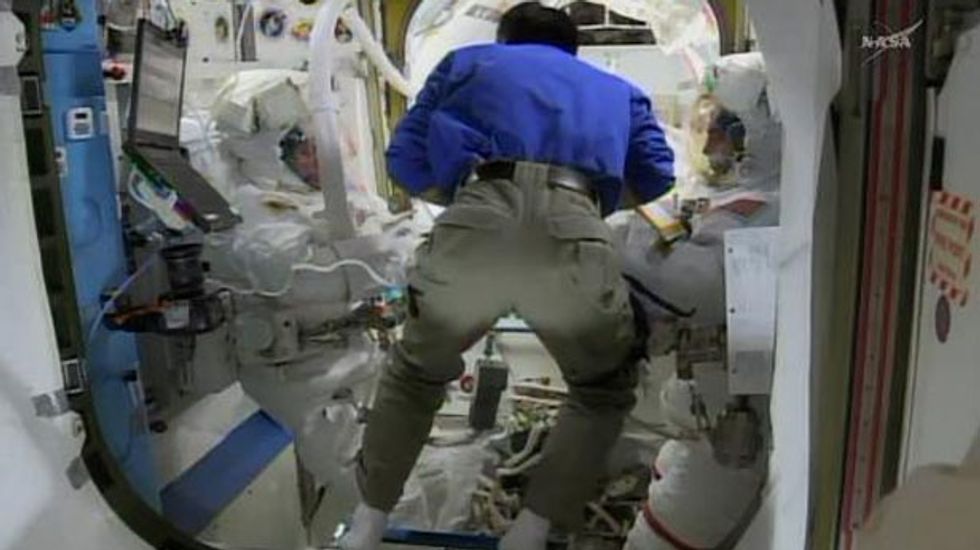 Two US astronauts are preparing to step out on a brief spacewalk Wednesday to install a backup computer at the International Space Station after one failed earlier this month.

Astronauts Rick Mastracchio and Steve Swanson are to embark on the 2.5 hour spacewalk beginning at 9:20 am (1320 GMT).

The computer they will remove and replace is known as a multiplexer/demultiplexer (MDM), one of 45 aboard the orbiting laboratory.

The 10-year-old MDM failed after a routine restart operation on April 11.

The spacewalk will mark the 179th in support of the orbiting space station, a global collaboration that includes Europe, Canada, Japan, the United States and Russia.

Just prior to the spacewalk, a Russian cargo capsule will undock from the space station for a two-day test of a new system to automatically reattach itself, NASA said.

"It will return back to the Zvezda docking port Friday morning after Russian flight controllers have tested its new Kurs automated rendezvous system," the US space agency said.

A similar operation was done in July 2012 when another Progress cargo freighter pulled away from the station and redocked, also for a trial run of its automated return system.