Avalanche on Mt. Everest leaves Sherpas counting their dead and considering their future 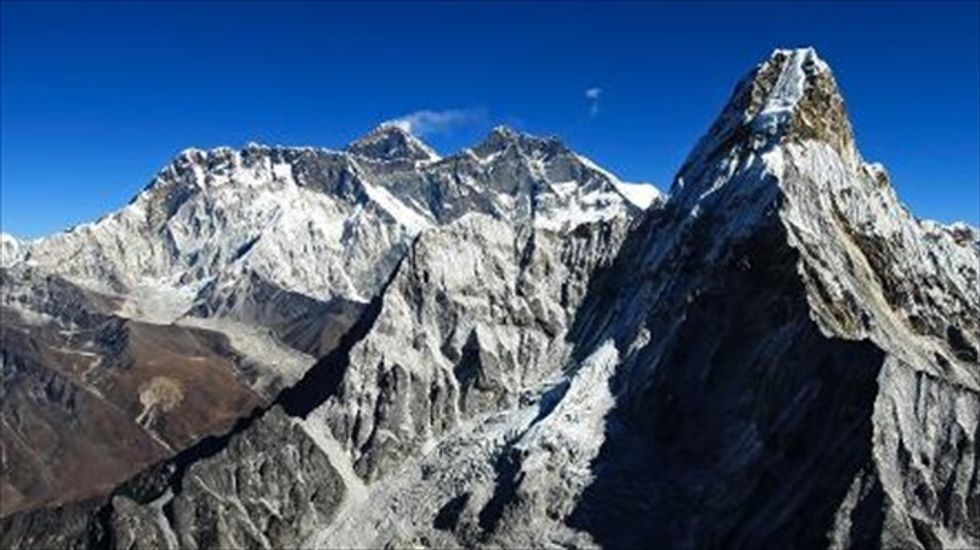 Chechhee Sherpa was cooking dinner when her husband called from Everest. Just 23, Abiral Rai was working for the first time on the mountain, carrying loads for his New Zealand client in preparation for an attempt on the summit in May. He told Chechhee that he would be up at 2am on Friday to climb from Base Camp through the notorious Icefall to Camp 2 in the Western Cwm, the last major staging post before a summit attempt.

When she woke next morning to clear blue skies in Kathmandu, her day suddenly darkened. A friend in the Sherpa village of Namche Bazaar called to say there had been an accident in the Icefall and many Sherpas were dead. Chechhee's blood ran cold.

As news spread, it quickly became clear that this would be among the worst tragedies since climbing on the mountain began in 1921. According to Ishwori Paudel, owner of Himalayan Guides, 12 climbers were confirmed dead by Friday evening and four were still missing. At least four Sherpas were injured, one of them critically. According to a Sherpa at Base Camp, search and rescue efforts would resume at first light. Six of Paudel's Sherpas were among the dead and missing.

Chechhee knew that Abiral could be among the casualties. Newly pregnant, she suddenly faced the prospect of being a widow.

She immediately called the office of Himalayan Ecstasy, the agency in Kathmandu working with Abiral. He was safe, they said, but another in his team had not been so lucky. Later that morning Abiral, using the 3G network that covers the mountain, called home on his mobile phone to reassure Chechhee he was alive.

The details of what happened on Everest at around 6.45am are still unclear, and according to agents in Kathmandu, expedition organisers were busy with the ongoing rescue effort. But the account of the accident Abiral gives is harrowing. He says he left Base Camp at 3.30am, later than he told Chechhee, carrying a kitchen table on his back for the mess tent at Camp 2. "None of the clients had been on the mountain yet."

Less than 200m from Camp 1, he and four other Sherpas he was climbing with discovered that three aluminium ladders that had been tied together to bridge an obstacle had been damaged. They stopped for an hour to reset the fixed ropes. "There was a traffic jam at the ladders. If we hadn't been held up then maybe no one would have been killed." Behind him, Abiral says, he could see up to 60 other Sherpas climbing towards him.

Out of the darkness, 400m above his head, Abiral heard an ominous crack and the sound of falling ice. A vast serac – or ice cliff – split from the mountainside and toppled towards them. Trapped in a bowl in the glacier they had nowhere to run to for safety.

There were five Sherpas on the rope with Abiral. Two of them were hit by the ice and swept away, including his friend Akash Tamang, one of the expedition's cooks. "It all happened in front of my eyes. I just happened to be in a safe place. I didn't even get hit by the wind of the avalanche." Behind him, a large group of Sherpas weren't so lucky. Twelve bodies were discovered in the same location attached to the same rope, in the same depression in the glacier.

Jiban Ghimire, owner of Shangri-La Nepal, lost four of his team with one still missing, some of them working for an NBC crew filming the attempt by wing-suit flier Joby Ogwyn to base jump from the top of the mountain.

Civilian rescue helicopters removed the bodies using lines to lift them from the glacier, although Abiral Rai says there were fears among the Sherpas that the operation might dislodge more ice. The dead were flown to Pheriche, where the Himalayan Rescue Association runs a health post, before the Nepalese army flew the bodies to Namche Bazaar and Lukla.

Base camp is currently crowded as the peak climbing season on Everest approaches. A weather window in May allows the greatest chance of success.

Last year more than 500 climbers reached the summit of Everest. On 19 May about 150 climbed the last 915m to the peak within hours of each other, causing lengthy delays as mountaineers queued to descend or ascend harder sections.

Officials have cut mountaineering fees for many other peaks while requiring each climber scaling Everest to bring back 8kg of rubbish in an attempt to clean up the "roof of the world".

Last year officials floated the idea of installing a ladder on the famous Hillary Step, a crucial stretch of technical climbing at nearly 8,840m (29,000ft) on Everest, named after its first climber, Sir Edmund Hillary.

Though such innovations are anathema to many purist climbers, some Sherpas welcome them. The impact Everest's worst ever accident will have on the Sherpa community is audible in Jiban Ghimire's cracked voice as he lists the villages in the Sherpa homeland that lost sons. "Two from Thamo, one from Phurte, one from Taksindu."

Families were gathering last night in Namche and Kathmandu for the Buddhist funeral rites. Monks pray over the dead and choose an auspicious time for the bodies to be cremated. After 49 days, another ceremony is held for the souls of the dead to escape Bardo, or purgatory, and move on to their next life.

Those few weeks will be a testing time for the Sherpa community and for climbing on Everest. The death of so many Sherpas in one accident has dealt a huge blow to this tight-knit community. They now face a dilemma. While the mountains are sacred to Sherpas, Everest is also their workplace. Climbing and trekking has transformed Khumbu, the region closest to Everest. According to UN figures, levels of poverty in the district around Namche are the lowest in Nepal.

Yet the price being paid for this prosperity is much too high for some. Jemima Sherpa, daughter of the first Sherpa to get a PhD, tweeted: "There are the tragedies, and there are the tragic vanities that lead to them." Ang Tsering, president of the Nepal Mountaineering Association and a community leader, said no decision had yet been reached on whether the climbing season would continue. "This is such a sad day. I can't really explain."

Ang Tsering added that he had attended an emergency meeting at the home affairs ministry that included the deputy prime minister. "The government will be looking at ways to minimise this kind of accident in the future. They also immediately released funds for the families of the dead." Officials, rescue workers and expedition organisers met at Base Camp on Friday afternoon to co-ordinate the rescue effort and discuss what will happen next. For Abiral Rai, his expedition is over. "I'm done with the mountains."