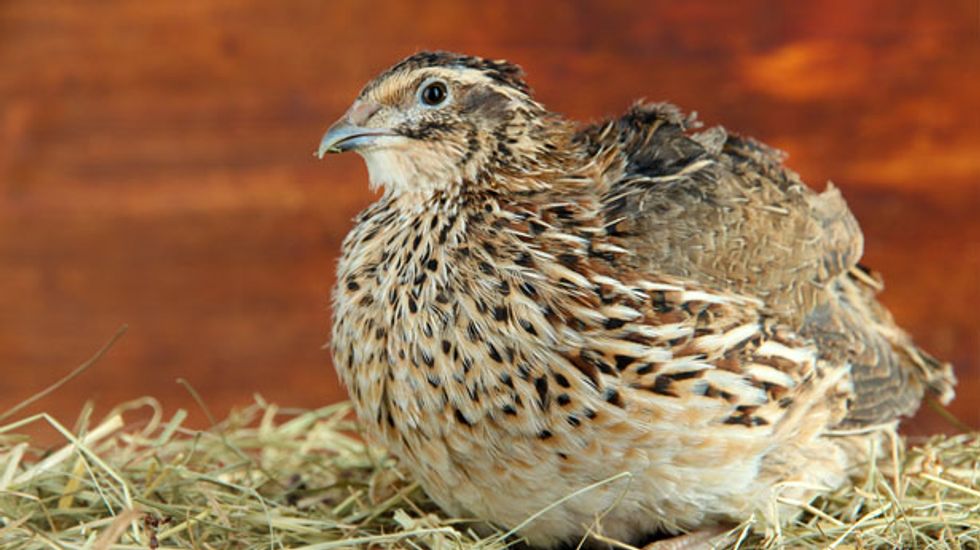 ["Young Quail On Straw On Wooden Background" on Shutterstock]

(Reuters) - Low-pathogenic avian influenza, a disease known as bird flu, has been detected on a California quail farm earlier this month, and Russia has announced a ban on California poultry imports due to the ailment's outbreak in the state.

Birds have been euthanized and the farm in Stanislaus County, near San Francisco, has been quarantined after bird flu was detected on April 18, the World Organization for Animal Health (OIE) reported on its website, citing U.S. Department of Agriculture data received on April 22.

The farm has about 95,000 Japanese quail and some 21,000 Peking ducks, the OIE said. Federal and state agriculture agencies were conducting epidemiological investigations.

Russia's state veterinary and phytosanitary service (VPSS) has banned poultry imports from California for 90 days due to the appearance of bird flu there, VPSS spokesman Alexei Alekseenko told Reuters on Wednesday.

The VPSS website shows that of the 270 U.S- based firms registered for poultry imports to Russia, six are from California.

(Reporting by Eric M. Johnson in Seattle and Polina Devitt in Moscow Editing by W Simon)

["Young Quail On Straw On Wooden Background" on Shutterstock]