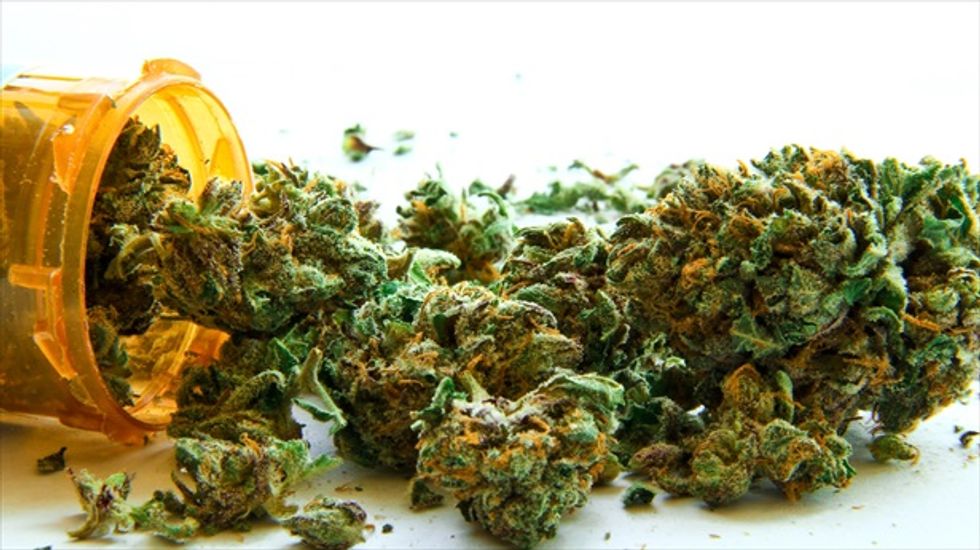 'Medical Marijuana Pouring Out Of A Prescription Bottle' [Shutterstock] http://tinyurl.com/knvn5q2

SACRAMENTO, California (Reuters) - Citing marijuana fields springing up next to high schools and in abandoned barns, Sacramento County supervisors are set to declare pot gardens a public nuisance in the latest move by a local government to rein in California's cannabis industry.

U.S. states are increasingly moving to drop curbs on marijuana following landmark voter initiatives in Colorado and Washington state in 2012 that legalized the drug for recreational use.

But in California, where medical marijuana is legal but recreational use is not, state laws are hazy on who is allowed to grow and sell the drug, leading to a chaotic and largely unregulated marketplace of street-corner pot dispensaries, illegal cannabis farms and inappropriate prescribing by unethical doctors.

Cities and counties have struggled to impose order on an piecemeal basis as the state wrestles with developing a regulatory framework for the thriving if messy medical marijuana industry.

"A huge number of complaints were received last year from residents with regard to outdoor marijuana cultivation," said Sacramento County Supervisor Roberta MacGlashan, who introduced the measure to ban marijuana gardens as a public nuisance. "Many were close to schools, group homes and other sensitive uses."

The fields can also be dangerous, as owners use weapons and dogs to guard their investments. Ten slayings currently under prosecution in the county have been linked to attempted marijuana theft, she said.

On Tuesday, the board unanimously signaled its intent to approve MacGlashan's ordinance, which will be up for a final vote on May 13.

The board postponed a decision on banning indoor cultivation of marijuana to study whether an all-out prohibition would infringe on the rights of medical cannabis patients to grow plants for their own use.

Sacramento County's plan would apply to unincorporated areas outside of the city of Sacramento, many of which have large lots and a semi-rural feel.

Two state bills to regulate the cultivation, selling and prescribing of medical pot are working their way through the legislature, but differences remain on whether health officials or the alcoholic beverage control department should oversee rules on cultivating and distributing the drug.

[Image: "Medical Marijuana Pouring Out Of A Prescription Bottle," via Shutterstock]