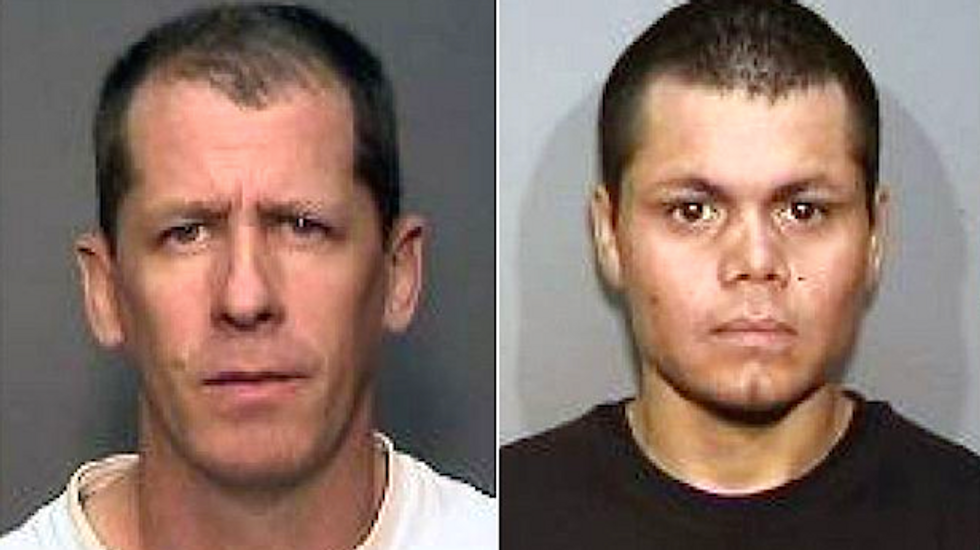 Two Southern California men have been charged with murder in the slayings of four women over the last six months, after the body of one victim was found on the conveyor belt of a recycling center in the city of Anaheim, police said on Monday.

Both men have since been formally charged with committing four killings that police were treating as serial murders, and they are suspected in at least one additional homicide, Dunn said.

"We're working with other jurisdictions to ascertain whether there are any further victims," he added.

The investigation began after employees at a recycling facility in Anaheim, about 25 miles south of Los Angeles, found the body of a woman from Oklahoma left slain on a conveyor belt, Dunn said.

Detectives subsequently linked her death to the disappearances of three other women who were reported missing last fall from the neighboring city of Santa Ana and who are presumed also to have been killed, Dunn said.

The men, registered sex offenders who had to meet police monitoring requirements, were wearing GPS devices when the women were assaulted and investigators used positioning data to link them to the victims, Dunn said.

He said police have determined that the four women, all of them in the 20s and 30s, were "engaged in prostitution" at the time they were killed, but authorities were not disclosing any details about the circumstances of the murders.

The bodies of the three women reported missing in Santa Ana, one of them a resident of Las Vegas, have yet to be recovered, he said.

If convicted they face a minimum sentence of life in prison without the possibility of parole and are eligible for the death penalty, Orange County District Attorney Tony Rackauckas said in a statement. The men are to be arraigned on Tuesday.