Creationist Carl Kerby insists dinosaurs were on Noah's Ark: They took the younger ones 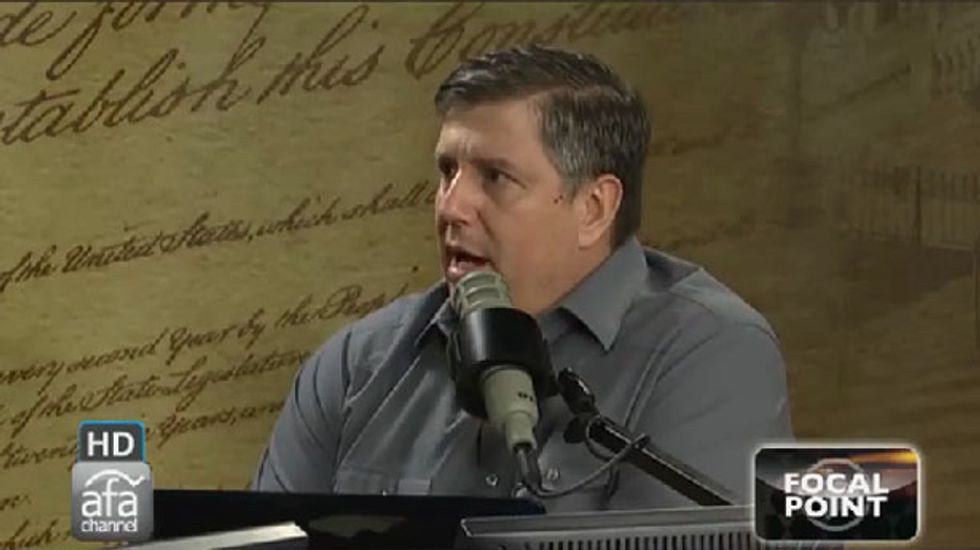 One of the founding border members of the Creationist organization Answers in Genesis believes that dinosaurs accompanied Noah on his Ark as the entire world was flooded by God.

Speaking to Bryan Fischer of the American Family Association on Thursday, Carl Kerby insisted it wasn't infeasible for the giant reptilian creatures to have been on Noah's Ark.

The self-described "creation scientist" said he had debunked the notion that two of every animal could not have possibly fit on Noah's Ark. The Bible states that the boat was about 450 feet long, 75 feet wide and 50 feet high, Kerby explained.

"I see some people that like to mock and ridicule, especially about the dinosaurs, how did they put the big old dinosaurs on there?" he said. "Well, I would suggest to you they didn't take the big old dinosaur -- they would have taken the younger ones. You think of a guy like me, if you're going to go repopulate a planet, you're not taking me with you. I'm old. My repopulating days are done. You take my son or my grandson. My grandson is a whole lot smaller than I am."

Creationists believe that the Flood began approximately 4,359 years ago. Scientists have found that dinosaurs went extinct by the end of the Cretaceous Period about 65 million years ago.

Actor Samuel L. Jackson ripped Supreme Court Justice Clarence Thomas over the weekend in the wake of the overturning of Roe v Wade, the landmark abortion ruling that established women’s right to lifesaving health care. “How’s Uncle Clarence feeling about Overturning Loving v Virginia??!!” the star tweeted, referring to the Supreme Court decision that legalized interracial marriage. Thomas, who is married to a white woman, had indicated in an opinion concurring with the controversial decision to overturn women’s constitutional abortion right that the underpinning of the Roe v. Wade reversal put...