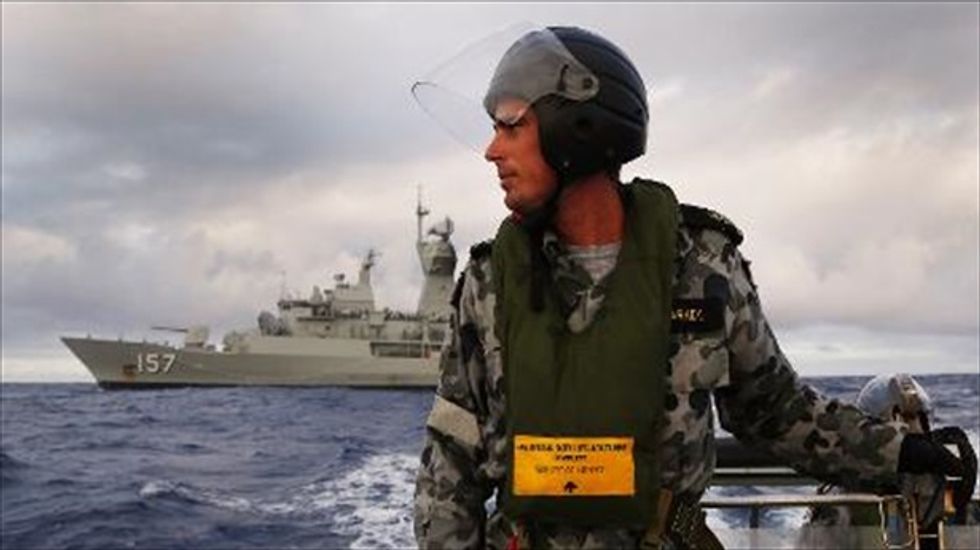 The Australian Transport Safety Bureau ruled out Thursday any link between material found on a beach in southwestern Australia and the missing Malaysia Airlines jet.

Debris described as "unidentified material" was found Wednesday on a beach near Augusta, more than 300 kilometres (180 miles) south of Perth, by a member of the public and handed to police.

The ATSB decided to examine photographs of the material to determine whether it was linked to the search for the missing jet.

Photographs were also provided to the Malaysian investigation team.

However ATSB chief commissioner Martin Dolan scotched any hope of a breakthrough.

"We've carefully examined detailed photographs that were taken for us by the police, and we're satisfied that it's not a lead in terms of the search for MH370," Dolan told ABC radio.

"We want to pursue every possible lead that will help us find MH370 but sadly this is one that isn't going to help that search," he said.

Dolan had Wednesday night declared the material, apparently sheet metal with rivets, "sufficiently interesting for us to take a look at the photographs".

However he had added a note of caution. "The more we look at it, the less excited we get."

The Boeing 777 with 239 people aboard was flying from Kuala Lumpur to Beijing on March 8 when it mysteriously diverted.

It is thought to have crashed into the remote Indian Ocean off Western Australia, where a huge search is underway.