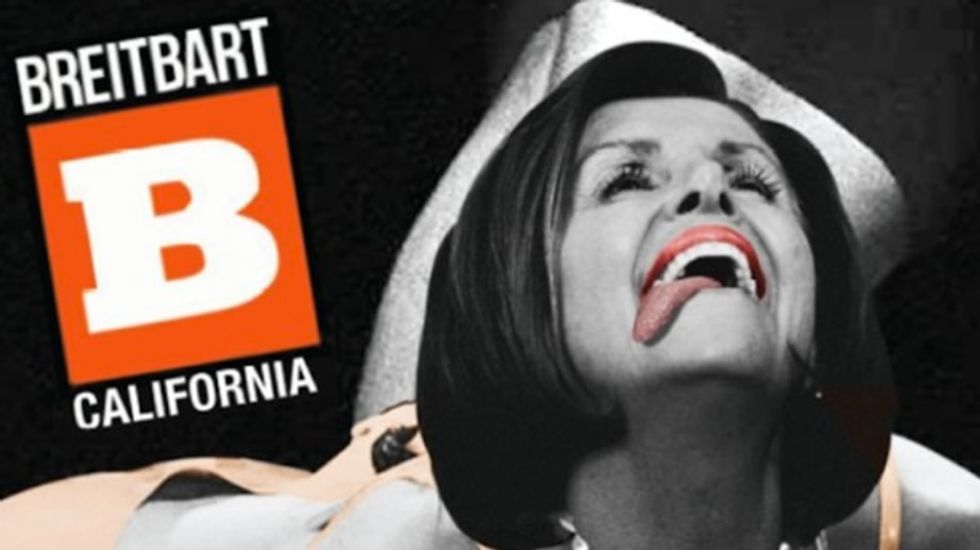 In a statement, Democratic National Committee chair Debbie Wasserman Schultz called the site's artwork -- including a Photoshopped image of Nancy Pelosi's head on Miley Cyrus's twerking body -- "a disgusting new low and would be reprehensible against any woman – regardless of party. It’s no wonder the Republicans are having problems appealing to women."

She then called for Republican leaders to condemn the site, writing that "[i]f GOP leaders are serious about their rebrand, then both their elected and Party leadership should condemn this outrageous behavior, call on Breitbart News to immediately remove the ad, and not continue to use this website as a forum for their views."

The offending images were created by "Sabo," the self-styled "Unsavory Agent," who was last spotted trying to make Ted Cruz look "cool" by plastering a Photoshopped image of his body with tattoos.

The images are intended to make the new Breitbart site "EDGY AS HELL," and feature, for example, a Photoshopped image of a bikini-clad Nancy Pelosi on her knees, her tongue greedily lolling out of her mouth.

"Sabo" understands his place in the rightwing media bubble is to be offensive:

But like Rush Limbaugh, when he steps outside of that bubble, his message becomes muddled by the manner in which he delivers it. For example, one "Samantha Draper" saw the Pelosi poster on the streets of Los Angeles: 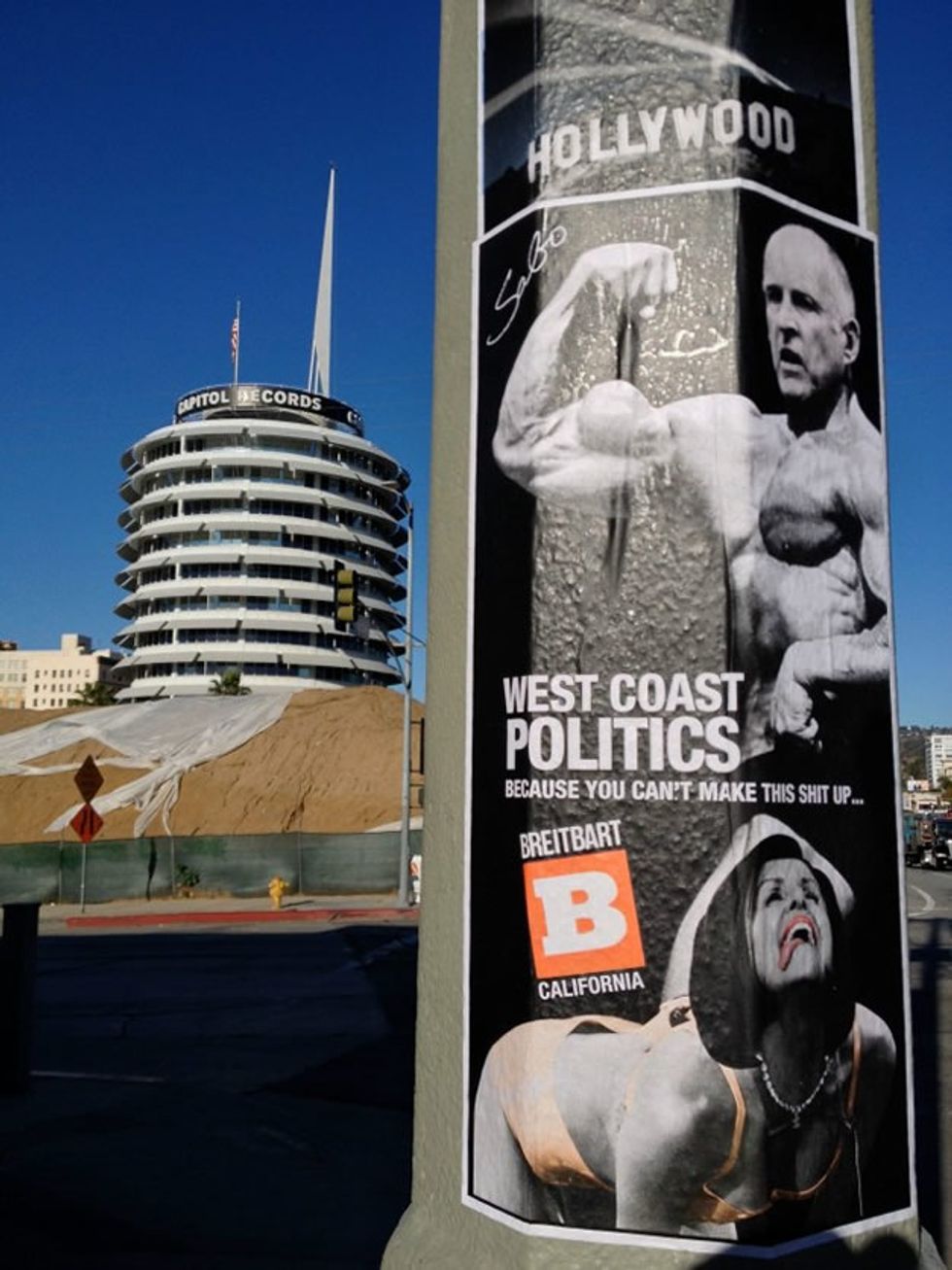 She then had the following exchange with Sabo on Twitter:

One of Sabo's male followers defended him:

@ImChrisHughes woman half naked on all fours in promo pic,article about why live in Ca targets women as ridiculous @FlashReport @joelpollak

In addition to the "woman half naked on all fours" depicted in that image, another image featured on the Breitbart California site mocks both women and transgender men: 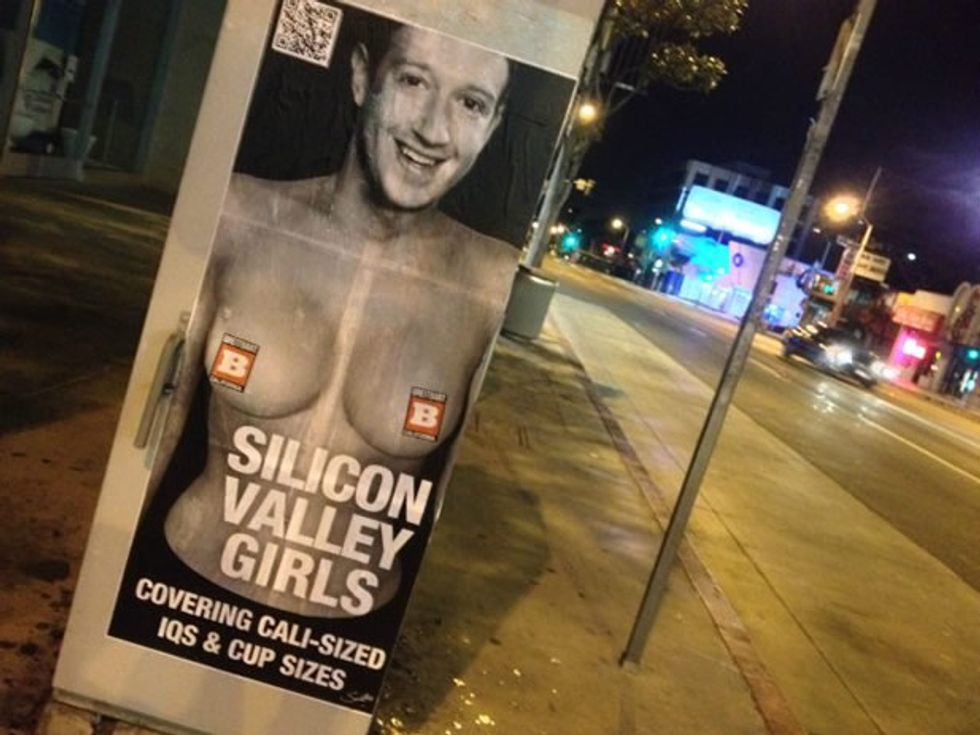 His proclivity for using female anatomy to insult men extends to his verbal interactions with male figures in the media:

According to Sabo, his "artwork" will be featured regularly and prominently on the site.