Do You Have Student Loans? Banks May Exploit Your Parent's Death To Push You Into Default. 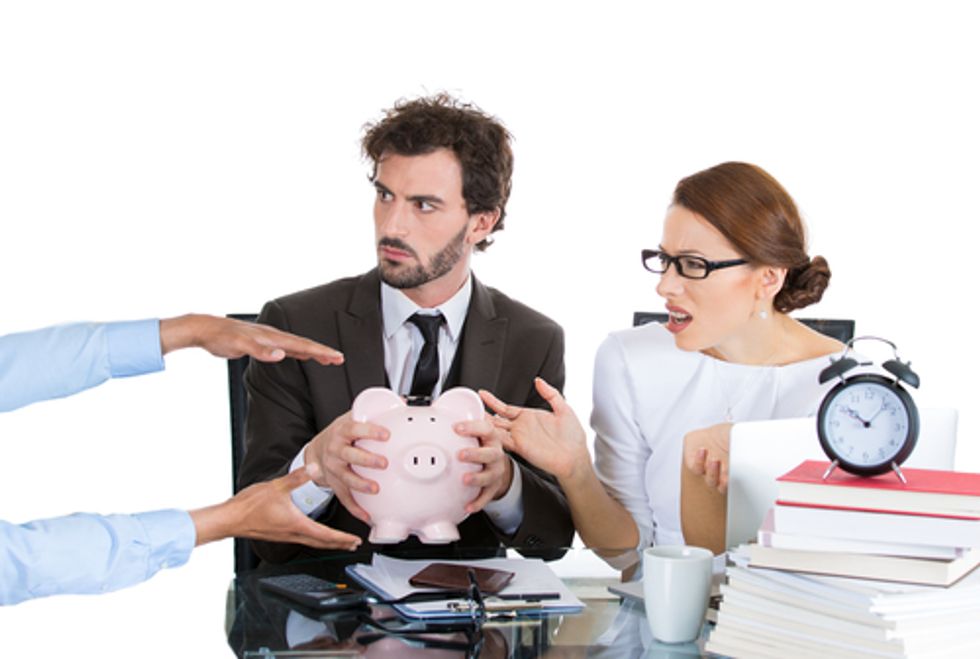 The New York Times reports on a new study from the Consumer Financial Protection Bureau that really drives home how sleazy the banking industry has gotten, and how much they've come to view customers are the enemy:

The problem, described in a report released Tuesday by the Consumer Financial Protection Bureau, arises from a little-noticed provision in private loan contracts: If the co-signer dies or files for bankruptcy, the loan holder can demand complete repayment, even if the borrower’s record is spotless. If the loan is not repaid, it is declared to be in default, doing damage to a borrower’s credit record that can take years to repair.

The bureau said that after a co-signer’s death or bankruptcy, some borrowers are placed in default without ever receiving a demand for repayment. The agency did not accuse loan companies of doing anything illegal.

As the CFPB notes, demanding immediate repayment in full the second a parent co-signer passes away seems, by all measures, to be bad for business. After all, the borrower probably doesn't have all the money right on hand, so instead of just continuing as-is and getting regular payments, the bank is now putting the loan into collections for no discernible reason. That this seems stupid as fuck doesn't seem to be deterring banks from indulging this practice:

Rohit Chopra, the bureau’s student loan ombudsman, said that he did not know how common the practice was, but that a steady stream of consumer complaints indicated it was becoming more frequent. He also said companies appeared to be doing it more or less automatically, combing public records of deaths and bankruptcies, comparing them to loan records and generating repayment demands and default notices.

Right now, the CFPB has no idea why banks are doing this, but one theory is that there's some accounting shenanigans involving, you guessed it, the securities trade. As with mortgages before, student loans are being bundled up and sold on the securities market, and "good" loans that are being steadily repaid are bundled in with high-risk loans. (So look forward to our upcoming economic collapse based on student loans!) I don't know what value banks get out of pushing as many of these loans as possible into default, but this bundling situation might have something to do with it. The CFPB is looking further into it. I can't help but think the growing tendency in banking to see customers as an enemy to be conquered instead of a financial partner has something to do with all this.

Either way, take a moment to consider that banks are, for whatever reason, seeing children grieving dead parents and thinking that this is a perfect opportunity to double down on their woes.

What is frightening, of course, is all this is perfectly legal. And it's a growing problem, because as college tuition rates rise, the ability of students to get by solely on government-backed loans is declining, meaning more and more students are borrowing privately and using parents as co-signers. Ideally, you just avoid doing that at all, but since so many people just can't, the CFPB is currently recommending that borrowers reassess their finances a few years out of college and see if they qualify now for co-signer-free loans or if they can switch from a parent to, say, a spouse to co-sign a loan.