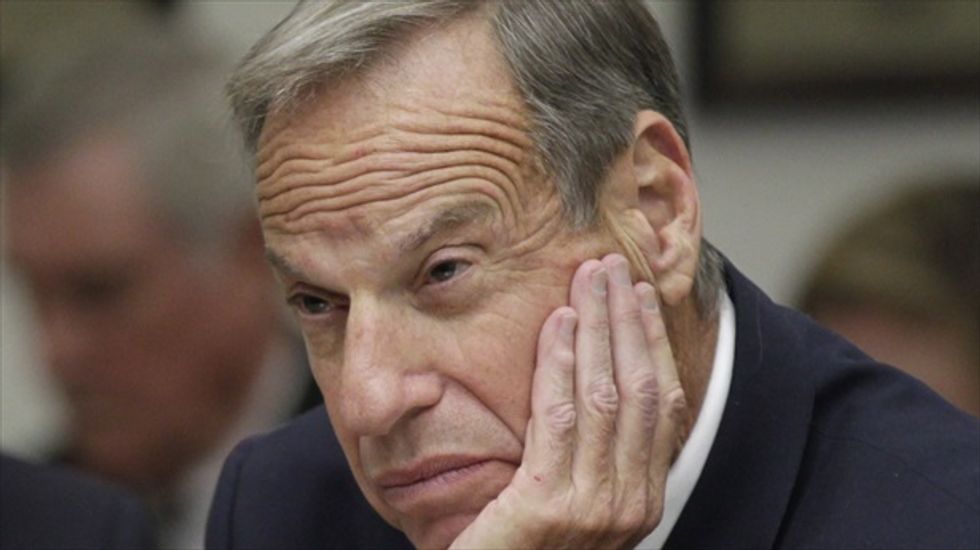 (Reuters) - Former San Diego Mayor Bob Filner, who resigned last year amid a torrent of sexual harassment allegations and was later convicted of abusing three women, said on Monday he had spent his court-ordered home confinement working to correct his behavior and regain his integrity.

Filner was sentenced to 90 days of house arrest in addition to three years of probation in December after pleading guilty to criminal charges of false imprisonment and battery involving three women.

He completed his home confinement term over the weekend, when probation officials also removed a GPS tracking bracelet he had been required to wear, San Diego County Probation Department spokeswoman Sarah Gordon said.

Filner, 71, said he had spent the period at home reflecting on his actions and asking for forgiveness, according to a statement provided to Reuters by his attorney, Jerry Coughlan.

"While under house arrest for the past 90 days, I have been working hard to understand the reasons that led me here, to do whatever is necessary to correct my behavior, to become a healthier, more balanced person and to think through what a man in my position could do to earn forgiveness and regain my integrity," the statement said.

Filner resigned in disgrace in August after nearly 20 women, starting with his then-press secretary, publicly accused him of making unwanted advances and other inappropriate behavior during his brief tenure at the helm of California's second largest city.

Filner, a former U.S. congressman who in 2012 became the first Democrat elected mayor of San Diego in two decades, apologized to "those that I have hurt" and thanked those who believed that he would "emerge from this dark and difficult period in my life as a better human being."

He resigned in August 2013 after the accusations of unwanted sexual advances and other inappropriate behavior that included putting one woman in a headlock and kissing or groping two others.

Filner said he planned to focus on his mental and physical health and on his family and private life now that his term was over, and would not be providing interviews to the press. If he violates his probation, he would face up to six months in jail.

The city of San Diego settled a $250,000 lawsuit brought by the first of Filner's accusers, former aide Irene McCormack Jackson, earlier this year.