Former U.S. soldier on death of Pat Tillman: 'It is possible, in my mind, that I hit him' 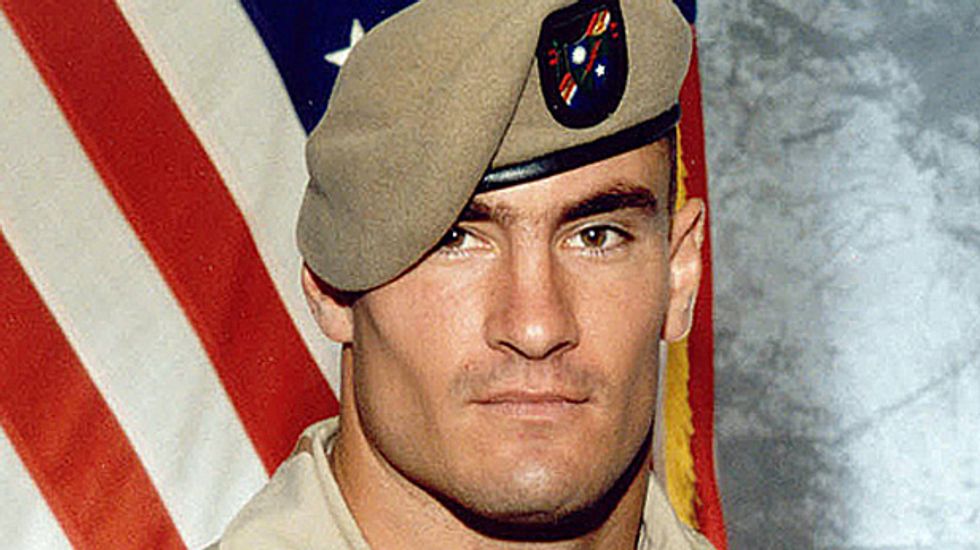 Reuters) - A former U.S. Army Ranger who was in the same platoon as ex-NFL player Pat Tillman has stated in a television interview that he believes he might have fired the shots that killed Tillman in a 2004 friendly-fire incident in Afghanistan.

Steven Elliott, 33, told ESPN program "Outside the Lines" in an interview scheduled to air on Sunday that he regrets joining other soldiers in firing on the spot where Tillman had taken position during a chaotic incident in a mountainous area.

"It is possible, in my mind, that I hit him," Elliott said.

Tillman gave up a multimillion dollar career as a defensive back with the Arizona Cardinals football team to enlist in the military in the wake of the September 11, 2001, attacks and served in the U.S. Army's 75th Ranger Regiment, becoming one of the U.S. military's most high-profile service members.

The U.S. military initially said he was shot by enemy fighters in an ambush, but a subsequent investigation determined he was killed by friendly fire.

Elliott's comments to "Outside the Lines" mark his first public statements on Tillman's death. ESPN reported that two other soldiers who previously acknowledged firing at Tillman's position had declined to comment for the sports program.

Elliott told the program that he had thoughts his convoy was being targeted by enemy fighters on a ridgeline which was actually held by Tillman and two comrades, and followed the lead of his team leader in firing on the position.

A U.S. Army spokesman did not return emails seeking comment on Elliott's comments on the program.

"If I could change what happened, I would change it in a heartbeat," said Elliott, who left the military in 2007.

Tillman served in both Afghanistan and Iraq and was portrayed in 2010 documentary, "The Tillman Story," as an intellectually curious man who shied away from the spotlight.