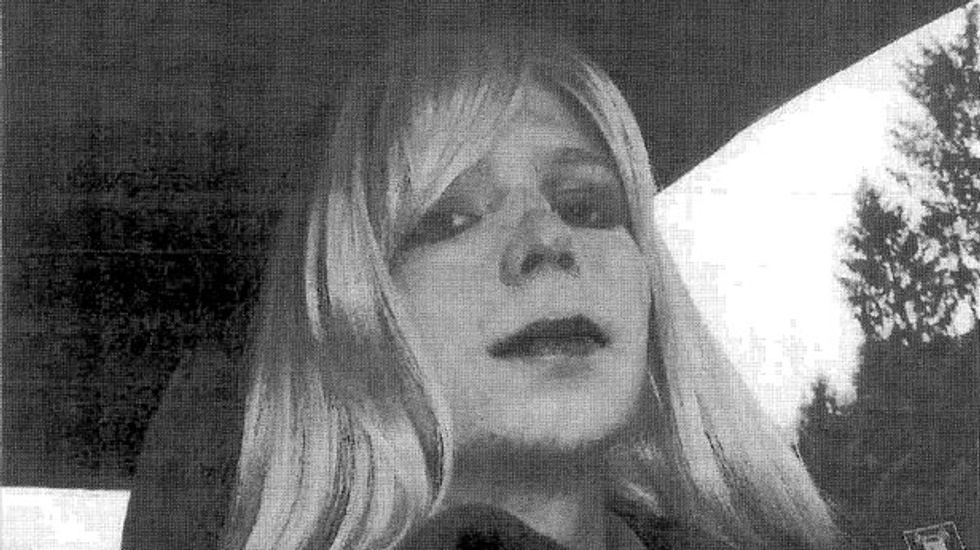 (Reuters) - Former U.S. soldier Bradley Manning, who is serving 35 years in prison for turning over classified files to WikiLeaks, can exchange the name Bradley for Chelsea to reflect her desire to be treated as a woman, a judge in Kansas ruled on Wednesday.

Manning's name is legally changed to Chelsea Elizabeth Manning, according to the decision handed down by Leavenworth County District Judge David King. Manning will be issued a new birth certificate to reflect the name change. Manning's gender remains male but Manning identifies as a woman.

In a statement issued after the ruling, Manning said she hopes her actions help lead the military and other institutions to recognize the needs of transgendered individuals, including a need for specialized healthcare.

"If I'm successful in obtaining access to trans healthcare, it will not only be something I have wanted for a long time myself, but it will also open the door for many people, both inside and outside the military, to request the right to live more open, fulfilled lives," Manning said.

Manning was sentenced to prison in August for violating the Espionage Act and other offenses such as leaking more than 700,000 classified military and government documents, plus battlefield video, in the biggest breach of secret data in the nation's history.

Military parole rules could allow Manning to be out of prison in seven years, according to her legal counsel. She is serving her sentence in all-male detention facilities at the U.S. Disciplinary Barracks at Fort Leavenworth, Kansas.

Manning has repeatedly stated her desire to live as a woman and has requested hormone replacement therapy in prison, but so far Army officials have denied those requests, and said that Manning will continue to be treated as a man despite the name change.

While working as an intelligence analyst in Baghdad in 2010, Manning gave the anti-secrecy website a trove of diplomatic cables and battlefield accounts that included a 2007 gunsight video of a U.S. Apache helicopter firing at suspected insurgents in Iraq, killing a dozen people including two Reuters news staff.

Manning said at trial that she wanted to inform Americans about U.S. warfare in Iraq and Afghanistan and questioned the morality of U.S. actions.