Louie Gohmert: Obamacare will never go broke because it 'puts people on lists' to die 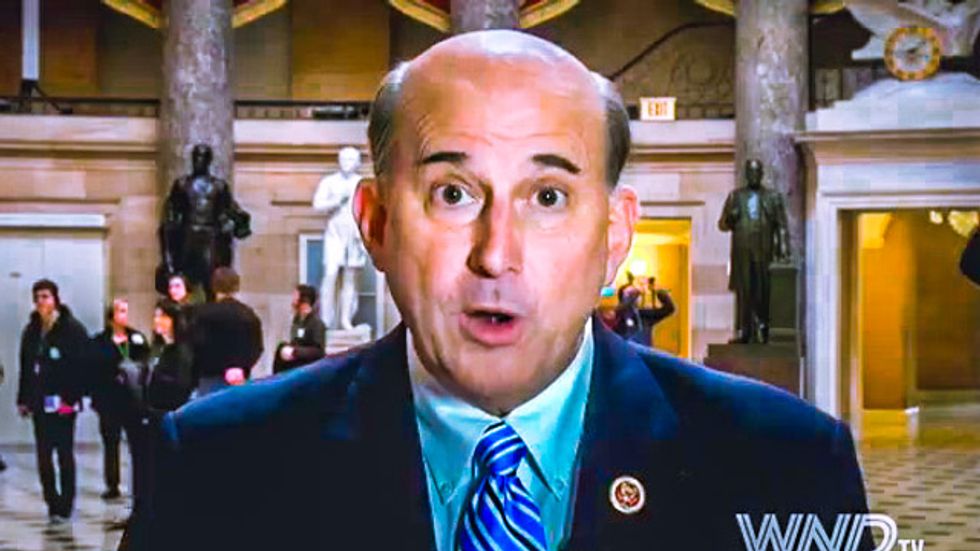 Tea Party-backed Rep. Louie Gohmert (R-TX) on Tuesday warned that if President Barack Obama's health care law was not repealed then it would never fall of its own weight because people would be "put on lists" and allowed to die, and the program would never run out of money.

In an interview with The Blaze, Dana Loesch, who was guest hosting for Glenn Beck, said she was outraged about a "secret waiting list" that allegedly allowed 40 veterans to die while waiting to get health care in Phoenix.

Gohmert used the opportunity to link the scandal at the Phoenix Veterans Affairs Health Care facility to the Affordable Care Act, and socialized medicine in general.

"This is where socialize medicine always goes," he opined. "And some of our friends say, 'We don't have to worry about Obamacare, it will fall of its own weight.' No, it doesn't."

Gohmert added. "Socialism and communism fall of their own weight because, as Margaret Thatcher said, you run out of other people's money. Because socialize medicine never falls of its own weight because you put people on lists and they die waiting to get the treatment and care. So, you don't go broke."

The Texas Republican went on to compare veterans' care to the recent disaster in South Korea, where 476 people died when a ferry sunk, and the crew was accused of overlooking safety regulations.

"The prime minister stepped down!" Loesch noted. "This guy [at Phoenix Veterans Affairs] needs to do the same thing."