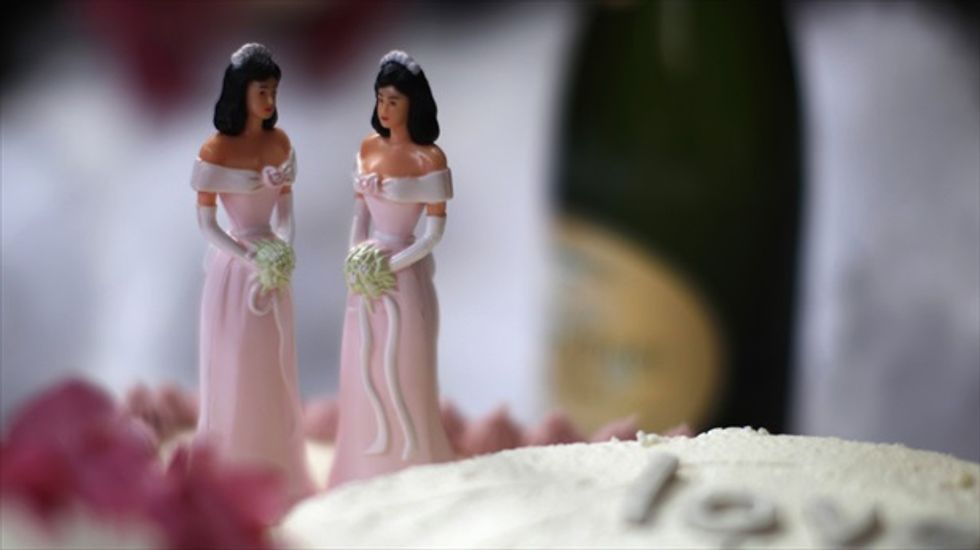 ATLANTA (Reuters) - A federal lawsuit was filed in Atlanta on Tuesday, challenging the constitutionality of a Georgia law banning same sex marriage, the first such case in the southern U.S. state.

Until the suit was filed, Georgia was one of only a handful of states in the country which had not yet faced a legal challenge to its same-sex marriage ban.

The lawsuit is sponsored by Lambda Legal, a non-profit group specializing in civil rights issues for lesbians, gay men, bisexuals and transgender people.

Two of the female plaintiffs are Atlanta police officers who married in Connecticut and want Georgia to legally recognize their union. Another plaintiff wants Georgia to include her name on her late spouse's death certificate.

Currently, seventeen U.S. states and the District of Columbia allow same-sex couples to marry. That number would increase if federal court rulings striking down bans in several states are upheld on appeal.

The Georgia case, however, could take years to resolve in the courts, said Beth Littrell, an attorney for Lamdba Legal. Georgia voters in 2004 amended the state constitution to ban same-sex marriage.

[Image: A wedding cake is seen at a reception for same-sex couples at The Abbey in West Hollywood, California, July 1, 2013. By Lucy Nicholson for Reuters.]