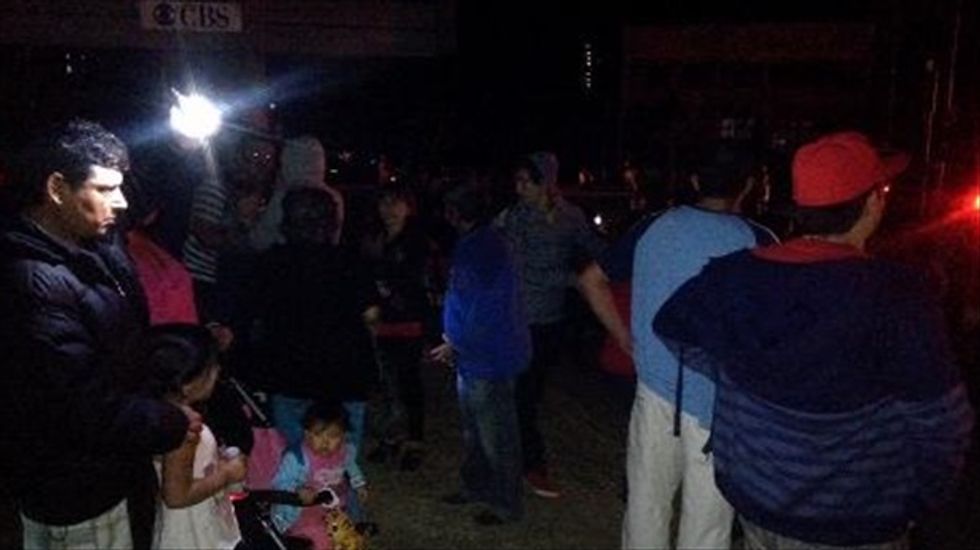 Residents in Chile's Iquique stand in the street following a tsunami alert after a 8.0-magnitude earthquake hit off the Pacific coast on April 1, 2014 [AFP]

A powerful 8.0-magnitude earthquake hit off Chile's Pacific coast on Tuesday, sparking a tsunami warning for Chile, Peru and Ecuador, US officials said.

Chilean authorities also issued a tsunami alert after the quake, which they registered at 7.9.

Chile is one of the most seismically active countries in the world, and a large earthquake has long been expected in the north of the country.

In February 2010, central and southern Chile were hit by a powerful earthquake of 8.8-magnitude followed by a tsunami that devastated dozens of towns.

The quake left more than 500 dead and $30 billion in damage to infrastructure.