Medicare Plan B payment information for doctors will be made public 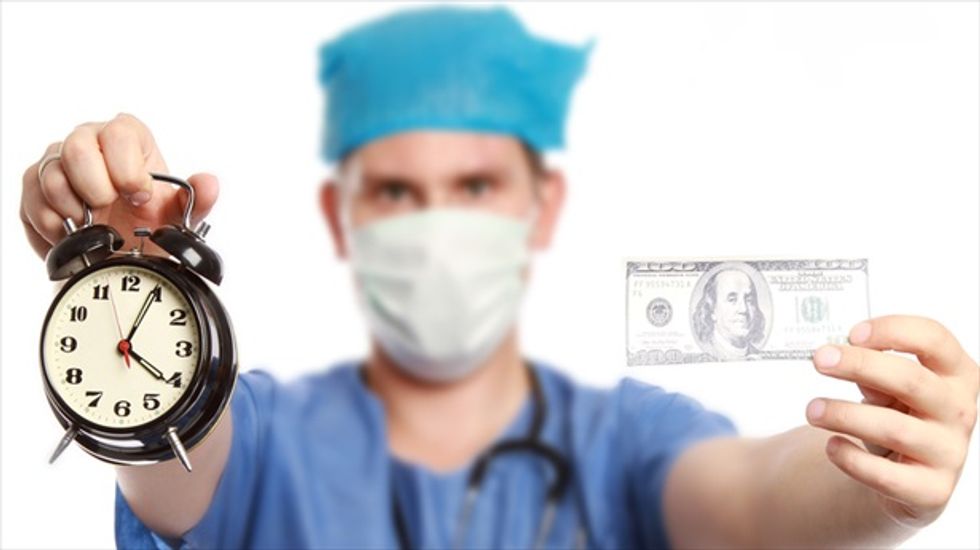 WASHINGTON (Reuters) - The Obama administration announced on Wednesday that it will for the first time reveal how much Medicare pays individual doctors for medical services and procedures, including MRIs and CT scans.

The U.S. Department of Health and Human Services (HHS) will release on April 9 massive amounts of data on more than 880,000 individual doctors and other health professionals in all 50 states who participate in Medicare's Part B fee-for-service program, which covers physician fees and out-patient services.

The information, which includes doctors' names and addresses and summaries of their services, had been barred from public release by court injunction for more than 30 years until last May when a federal judge in Miami lifted the ban in response to a motion by Dow Jones, publisher of the Wall Street Journal.

The American Medical Association, the flagship lobby group for doctors, had fought against lifting the injunction. On Wednesday, it urged the administration to allow doctors to review and, if needed, correct the information on their practices before the data is released to the public.

The AMA said in a statement it feared the "broad approach to releasing physician payment data will mislead the public into making inappropriate and potentially harmful treatment decisions and will result in unwarranted bias against physicians that can destroy careers."

Administration officials said they would release the data in response to multiple requests that have been lodged under the Freedom of Information Act since the Florida ruling.

The data to be released, which officials described as nearing 10 million lines of information, will show the number and type of health services each professional delivered through Medicare Part B in 2012 and how much the program paid for them.

All told, HHS officials said the data covers 6,000 different types of services and procedures that cost Medicare a total of $77 billion. Medicare is projected to spend about $635 billion in 2014. Medicare covers inpatient hospital stays and prescription drugs in addition to physician services.