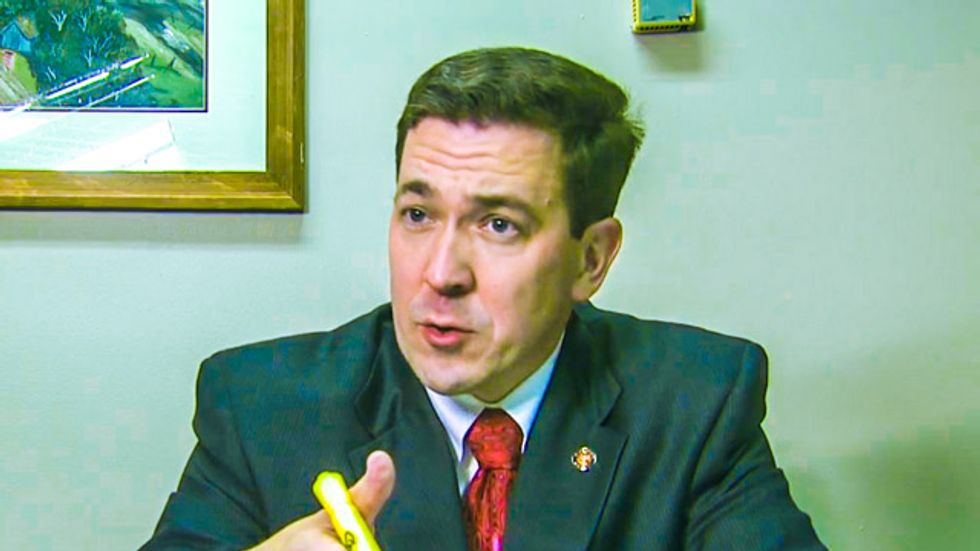 A Republican Party U.S. Senate candidate from Mississippi hit a snag on Thursday when remarks emerged of him mocking African-Americans and Latinos.

A 2006 radio broadcast with Mississippi state Sen. Chris McDaniel (R) that was highlighted by The Wall Street Journal begins by announcing that "nobody like taxes -- except the Democrats."

"Why don’t we all immigrate south, let’s go to Mexico. You know, a dollar bill can buy a mansion in Mexico." he continues, then asking his co-host to translate, “Do you have a sister?”

McDaniel goes on to complain about activists who had said that a Sony advertisement for a white video game system was racially charged because it featured a white wrestler holding down a black wrestler.

“There’s a white woman, and she’s holding down a black woman," he says. "The world’s gone nuts. Listen to this. Minority groups in California screaming that the image is racist. ‘San Francisco politician Tom LeLand says ‘It’s racially charged, unnecessary and clearly offensive to our community.’"

"Well, she wasn’t holding down a gay guy," McDaniel quips.

Noel Fritsch, a spokesperson for McDaniel, told The Wall Street Journal that the radio clip was a distraction by the "liberal press."

“The liberal press clearly loves to attack conservatives of all types," McDaniel said. "When Chris got into this race he knew they would throw mud, so it’s no surprise they’d dredge up decade-old comments made on conservative talk radio."

"Chris will continue to deliver his conservative message of controlling government spending, lowering taxes, and repealing Obamacare across the state."

McDaniel is challenging Sen. Thad Cochran (R) for a seat that Democrats lost by double digits in the last election.

Listen to the audio below, uploaded to YouTube on April 9, 2014.