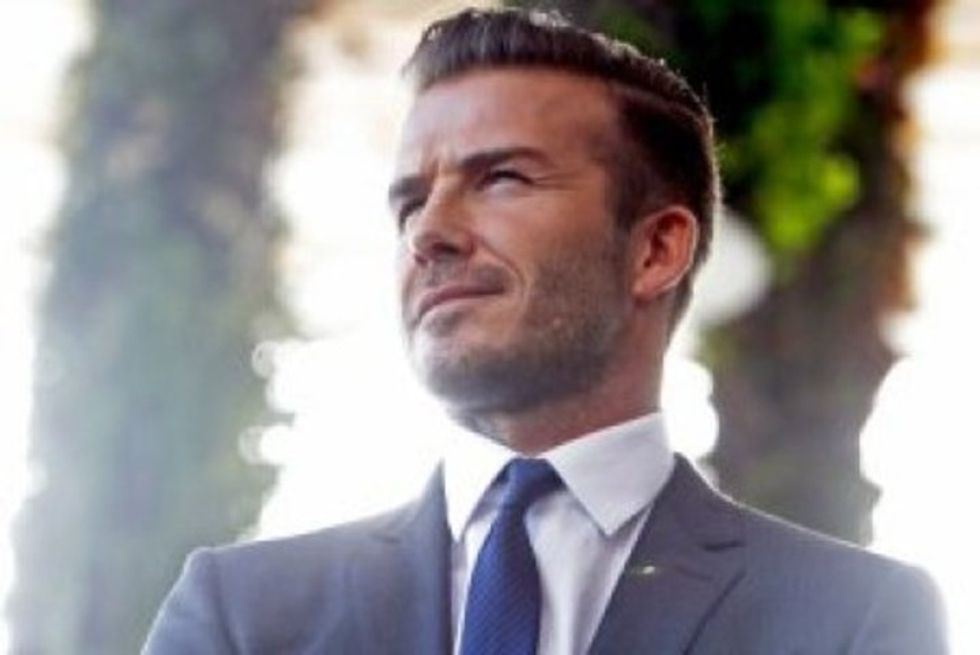 MIAMI: David Beckham is facing a challenge as demanding as any goalkeeper he’s ever faced: overcoming opposition to his plans for a Miami stadium to serve as home to his new team.

The English football icon announced plans for the state-of-the-art open-air stadium, to be located at the Port of Miami, amid much fanfare in March.

With a US$250 million price tag, the stadium would have room for 25,000 fans and a view both of Miami’s downtown skyline and of the ocean.

The new stadium would be home to the Major Soccer League (MLS) team that the former England, Manchester United and Real Madrid star aims to launch by 2017.

But the dapper Beckham, 38, has run into resistance that his Hollywood looks and stellar sports resume have failed to dazzle: an alliance of shipping companies, tourism officials and local residents.

The locals say traffic is already congested in the downtown port area, and fear that a stadium would create massive gridlock — which tourism officials say would dissuade visitors from heading to Miami Beach.

In full-page ads in the Miami Herald newspaper a group known as the Miami Seaport Alliance, led by the Royal Caribbean cruise line, claims that the stadium would put at risk thousands of jobs and millions of dollars invested at the port.

The Port of Miami employs more than 207,000 people and is the second most important source of tax revenue for Miami-Dade county.

“We cannot support locating a stadium at PortMiami due to the risks it would pose to jobs, cruise and cargo operations, and the port’s promising future,” read one of the group’s ads.

It reminded readers that millions of dollars have been invested in the port in preparation for the arrival of giant cargo ships that will reach Miami starting in 2015, once operations to broaden the Panama Canal have been completed.

“There has been definitely a misinformation campaign by the opposition,” shot back Neisen Kasdin, a Miami attorney for The Beckham Group.

Kasdin told AFP that Port of Miami officials have said that the area where the stadium would be built is not appropriate for port activities.

The games, some 20 a year at the most, “are Saturday or Sunday evenings, or perhaps Wednesday evenings,” said Kasdin. “So it is after all port operations have ceased and after rush hour.”

“What Beckham wants and needs is a downtown stadium that is at or near the water,” Kasdin said.

With no stadium, the MLS will not give Beckham a green light to his team, Kasdin said.

One key ally in the struggle is Miami-Dade Mayor Carlos Gimenez, who has the last word because the Port of Miami is in his jurisdiction.

“To be honest there is nothing there, there is no deal breaker for the port site,” Gimenez said in a recent local radio show.

Kasdin on Wednesday endured a tidal wave of criticism at a public meeting at the Miami Beach town hall.

Miami Beach Mayor Philip Levine is a vocal opponent of the project, convinced that heavy traffic would create a massive traffic jam across the several bridges that link his community to Miami-Dade.

“I am feeling like I am being forced out of my city, the city I was born in,” complained Ron Brenesky, a Miami Beach community activist at the event.

Brenesky and scores of his neighbors said they were convinced that traffic would get even worse than it currently is.

Football fans also showed up at the gathering to voice their support for the stadium.

Levine closed the raucous meeting by proposing to locate the stadium at Miami International Airport, a site with plenty of access for traffic and a long view.

Gimenez said that he will soon announce his decision, and Kasdin said he was optimistic about the outcome.

Beckham wants the stadium to be operational even before 2018, said Kasdin.

"No one has yet identified a site that would work as well as the port site,” Kasdin said.--AFP