Rio 2016 Olympic preparations damned as 'worst ever' by IOC 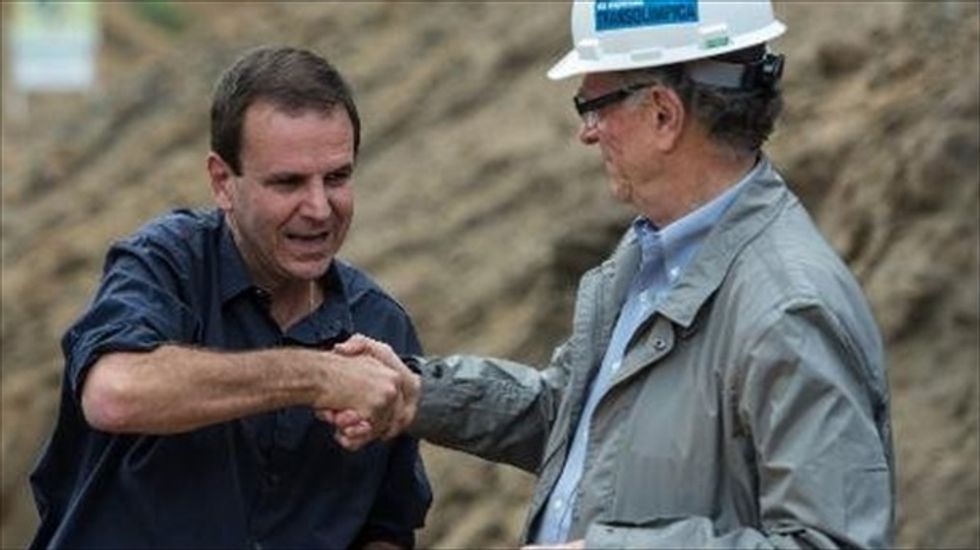 International Olympic Committee vice-president John Coates warns on readiness, saying it is worse even than Athens 2004

Five years after Rio de Janeiro became the first South American city to be awarded the Olympics, preparations for the 2016 Games have been damned by a senior International Olympic Committee official as the "worst ever".

IOC vice-president John Coates has compared Rio's preparations unfavourably with the notoriously last ditch 2004 Olympics in Athens, amid rising concern about the rush to finish competition venues and associated infrastructure.

The Australian, who has been involved in Olympic sport for more than 40 years, warned there was "no plan B".

"The situation is critical on the ground," said Coates, who has been on six inspection visits to Rio. "We have become very concerned. They are not ready in many, many ways. We have to make it happen and that is the IOC's approach. You can't walk away from this."

The latest warning about Rio's readiness, all the more significant for coming from inside the IOC, comes less than 50 days before a Brazilian World Cup troubled by construction delays and mass protests is due to kick off.

Crowds watching on Copacabana beach cheered as IOC members voted in 2009 to choose Rio over Tokyo, Chicago and Madrid.

But with just over two years until the first athletics events in the Estádio Olímpico João Havelange, where the roof fell in last year, there are concerns that the Games will suffer a similar fate.

Pressure has been steadily building on organisers as it became clear that the unwieldy relationship between city, state and national governments and the ambitious nature of the plans had caused delays and discord.

The World Cup has also proved a distraction and provoked anger from those who believe resources have been diverted from public services to prepare for the unprecedented back-to-back hosting of the world's two biggest sporting events.

"The IOC has formed a special taskforce to try and speed up the preparations but the situation is critical on the ground," added Coates in a statement on the Australian Olympic Committee's website.

"The IOC has adopted a more 'hands-on' role. It is unprecedented for the IOC but there is no Plan B. We are going to Rio."

The IOC statement also paraphrased Coates describing the Rio preparations as "the worst I have experienced" and "worse than Athens". He added that the host city also had "social issues that need to be addressed".

Experienced IOC executive director Gilbert Felli has been dispatched to lead a troubleshooting team and attempt to refocus on the most pressing issues.

Although some within Olympic circles have joked about swapping the 2020 Tokyo Games with Rio, switching host cities with just over two years to go until the Games is not viewed as practicable.

Some IOC insiders expressed exasperation with the public outburst from Coates, fearing it would provoke a backlash from the Rio's mayor, Eduardo Paes.

They believe Paes, who is the only political player not to face re-election between now and 2016, needs to be kept onside if the project is to be delivered.

Paes said recently: "Don't ever in your life do a World Cup and an Olympic Games at the same time. I am not cut out to be a masochist."

At the Rio 2016 HQ, an impressive mural of the hugely ambitious plans – slated to cost $15bn when the bid was won in 2009 – dominates one of the corridors.

New transport networks were designed to link four zones that will house an event often likened to hosting 28 simultaneous world championships. But the ambitious plans may now have to be downgraded.

Hosting the Olympics was designed to showcase Brazil's confidence as one of the fastest growing world economies and turbocharge long overdue improvement to the city's infrastructure.

But negative headlines about forced clearances of favelas to make way for construction projects and increasingly strident complaints from world sport federations about the readiness of facilities has dented confidence in its ability to deliver.

Work has not begun at Deodoro, a complex of eight temporary Olympics sports venues, and is well behind on the course that will host golf's return to the Games for the first time in more than a century. Water pollution remains a concern for sailing and other sports.

Providing enough accommodation for the army of media and spectators that will descend on the city for the duration of the Games is also a worry.

The IOC has been working with organisers to identify the most pressing concerns and hopes once the World Cup is over they will accelerate their plans and that the feelgood factor of a Rio Games will carry them through.

Rio 2016 organisers said the recent announcement of a $10.8bn budget for infrastructure and legacy projects, 43% of which will be met by private investors, together with the launch of the tender process for the Deodoro venues, were clear signs of progress.

"The time has now passed when general discussions about the progress of preparations contribute to the journey towards the Games. It is time for us to focus on the work to be done and on engaging with society," it said in a statement.

"We have a historic mission: to organise the first Olympic and Paralympic Games in Brazil and in South America. We are going to achieve this. In 2016, Rio will host excellent Games that will be delivered absolutely within the agreed timelines and budgets."

Concerns over the readiness of Olympic hosts has become part of the traditional buildup to the Games, with critics also often taking aim at the long list of demands made by the IOC.

But Coates said he believed the Rio Games were even more troubled than the preparations for Athens, which saw venues being finished right at the deadline and left behind little in the way of legacy.

"I think this is a worse situation than Athens. In Athens, we were dealing with one government and some city responsibilities. Here, there's three," said Coates.

"There is bureaucracy, there is little coordination between the federal, the state government and the city – which is responsible for a lot of the construction. The flow of funds from the federal government is not happening quickly enough. We think we need to help facilitate that."

Within the IOC there are also fears that the ill will generated by Fifa's demands over the World Cup, which led a million protesters to take to the streets during last year's Confederations Cup warm-up, will make it more difficult to persuade the public of the benefits of hosting the Games.